The President has survived one impeachment, twenty-six accusations of sexual misconduct, and an estimated four thousand lawsuits. That run of good luck may well end, perhaps brutally, if Joe Biden wins.

No American President has ever been charged with a criminal offence. But, as Donald Trump fights to hold on to the White House, he and those around him surely know that if he loses—an outcome that nobody should count on—the presumption of immunity that attends the Presidency will vanish. Given that more than a dozen investigations and civil suits involving Trump are currently under way, he could be looking at an endgame even more perilous than the one confronted by Nixon. The Presidential historian Michael Beschloss said of Trump, “If he loses, you have a situation that’s not dissimilar to that of Nixon when he resigned. Nixon spoke of the cell door clanging shut.” Trump has famously survived one impeachment, two divorces, six bankruptcies, twenty-six accusations of sexual misconduct, and an estimated four thousand lawsuits. Few people have evaded consequences more cunningly. That run of good luck may well end, perhaps brutally, if he loses to Joe Biden. Even if Trump wins, grave legal and financial threats will loom over his second term.

Jane Mayer has been a staff writer at The New Yorker since 1995. The magazine’s chief Washington correspondent, she covers politics, culture, and national security. 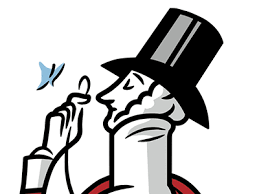