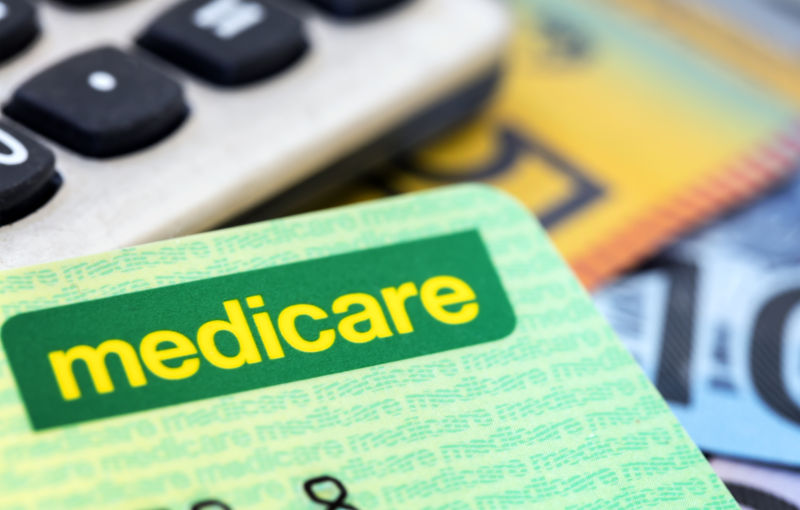 There is a large and widening hole in the Medicare safety net of which Australians should be ashamed. Far too many people can no longer afford appropriate access to specialist care for serious disorders. The focus provided by the federal election provides an opportunity to explain the cause and start the repair process.

To address inequity, three commitments from the incoming federal government are crucial:

As neither the Coalition nor the ALP has committed to these policies to date, the target for this article includes the balance-of-power teal independents, two of whom are outstanding mid-career doctors, Monique Ryan in Kooyong and Sophie Scamps in Mackellar, each with decades of experience with the progressive underfunding of the public hospital system and its impact on access to timely patient care.

What are the major parties promising?

In February 2019, the ALP announced a commitment to creating a national health reform commission if elected, with a priority on increasing access to public hospital specialist consultation.

There is time to reaffirm this for this election. They have committed to 50% of the growth in public hospital costs but not of the base, currently below 45%. The Coalition has not committed to lifting the base nor to 50% of growth costs.

As background, the original Medicare agreement included a 50:50 split in the cost of the state-managed public hospital system. The commonwealth’s contribution diminished to 39% over the period of the Howard government. The billions of dollars saved were matched by the loss in revenue from making private health insurance premiums tax deductible. Both actions greatly favoured growth in the private sector at the expense of the public hospital service. The Rudd government brought the base cost contribution back into the 40s and committed to 50% of growth costs, the latter reneged by Abbott and subsequent Coalition governments.

Australia is fortunate in having parallel private and public health systems as one checks the excesses of the other. The key is to get the balance right. That balance was badly distorted in the Howard era and was the genesis of the current inequity. It will only recover when a return to the original 50% split is achieved.

The difference between private and public care should be the same as that in air travel between business and economy: all should start and end their journey at the same time and with equal safety, technology and expertise, the difference only being in comfort. Waiting in pain for two years for a hip replacement that could be done in two weeks privately does not come close to this goal. Nor does a waiting time of 12 months to see a public clinic Neurologist for a GP who suspects her 30 year old female patient has MS.

So, don’t listen to how many extra billions have gone into the public hospitals, of course the cost keeps growing, just ask for a commitment to a simple proportion: 50%. Catch up the base to 50% and pay 50% of future growth.

The 50% restoration is being called for by the Australian Medical Association (AMA). This call carries particular weight as the AMA is traditionally the advocate for private medicine. They cite correctly the urgent need to ease the pressure on emergency departments that causes ‘ramping’ of ambulances’ and the unconscionable waiting times for public hospital surgery. Added to that list should be access to specialist consultation for serious diseases. Outpatient clinic funding has been an easy target for cost-cutting as hospitals struggle to cope with the ballooning cost of acute, in-patient care.

In 2018, a Melbourne GP, Vyom Sharma wrote “Many patients languish in a chasm – too ill or complex for general practice, too well for the emergency department and too poor for a private specialist.”

They are too poor because the out-of-pocket gaps between the specialists’ charge and the Medicare rebate has grown beyond affordability for many people.

All that GPs are asking for is a single consultation with an expert to ensure a definitive diagnosis and a management plan for shared care, with specialist back up only when needed. But, if your patient can’t afford the gaps in private practice and the waiting time at the public hospital outpatient clinic, if it exists, is way too long, forget it.

In the 1997 iconic Australian movie, The Castle, Laurie Hammill explains that he is a retired QC and offers to take their case of compulsory acquisition of their home to the High Court of Australia. When Sal asks ‘what’s a QC’, Darryl replies “they’re the lawyers rich people have, luv”.

Increasingly, medical specialists are becoming the doctors rich people have.

How has this happened? Fees at the start of Medicare (then called Medibank) were set at a level that was agreed as reasonable by both government and the profession. Governments failed over the years to increase rebates in line with medical inflation; they are estimated to be now about half of what they would’ve been if the original agreement had been maintained. Procedures are still reasonably remunerated but a specialist relying solely on consultation fees would pay for staff, practice costs and little else if charging without gap. This has worsened progressively over the years in parallel with a decline in access to a public hospital clinic.

That’s not to say all specialists charge reasonable gaps since many do not. Competition from a public hospital clinic would help to drive down excessive charges.

With 50% funding, many more outpatient clinics should be mandated in our great public hospitals. This requires the construction of more consulting rooms and doctors willing to see patients there without fee gap. Many young specialists would value a fractional appointment to a teaching hospital in order to continue an involvement with their remarkable institution and to give back to the system that trained them.

Apart from ensuring timely access to expert care, there are many more advantages from increased funding to hospital clinics. The increasing complexity in diagnosis and treatment of many serious diseases mandates the need for better models of care including highly specialised clinics and multidisciplinary services the latter including specialist nurses as chronic and complex care coordinators (eg as funded by the McGrath Foundation for breast cancer). Out-patient clinics also play an essential role in clinical research, in teaching medical students, and in training the next generation of specialists.

Australians are well aware of the problems created by our federation: responsibilities divided amongst too many governments for too few people. This came into focus in the response to the COVID-19 pandemic. The creation of a national cabinet showed both the benefits of state/commonwealth co-operation and the limitations of an essentially loose arrangement that allowed for political point-scoring and blame shifting.

In health, the states have prime responsibility for hospital care whilst the commonwealth covers the cost of all out-of-hospital health needs. Unfortunately, too many people fall through the cracks due to poor coordination and perverse incentives. Examples abound. Many acute hospital beds are blocked by elderly people awaiting nursing home placement, the latter a commonwealth responsibility. The state hospitals are well placed to provide out-patient consultation, community services and prevention but their funding is based pre-dominantly on inpatient care.

Short of putting all health services under one jurisdiction (as Rudd threatened in 2008), creating a statutory authority that, in essence, pools all funds and distributes them collaboratively to best effect, clinically and in cost-effectiveness, is surely not beyond us. Exact details would take prolonged negotiation at government levels and must include structured dialogue across the nation in cities, regional centres and rural settings. This starts with a policy commitment in principle. As noted, the ALP did so in 2019 but are so far silent in 2022. They at least understand the concept and its importance.

It’s time to go back to basics

It was a basic principle of Medicare that no Australian with the possibility of serious illness should be prevented from seeking expert assessment or treatment due to the expense involved or fear of expense. This principle was upheld for the first 20 years of universal health insurance in this wealthy country but increasingly less so over the past 20. Growing inequity of access to care feeds growing inequity of health outcome. Both diminish us as a nation.

By returning to basics, inequity is curable. The public hospitals can return to providing care that best matches the abilities of their staff and their facilities and the correct balance between public and private systems can be re-established.

And specialists can return to being the doctors both rich and poor people have.

Prof Graeme Stewart retired recently after 40 years as Director of
Clinical Immunology at Westmead Hospital in Sydney with ongoing
contribution to research and teaching. He continues a career-long commitment as an advocate for the public hospital system.