With the local elections on the way in Victoria democracy could get a surprising boost. If instead of merely voting in councillors, what if citizens were able to directly set the strategic directions councils must follow?

This may seem far-fetched yet it is exactly what the new Victorian Local Government Act enables. The Act places community engagement at the core of municipal governing. It is intended to encourage a much greater degree of participatory democracy. It is potentially revolutionary.

Communities themselves are now legally empowered to draw up 10-Year Plans. Councils are required to develop a community engagement policy that enables this and the policy must itself be developed in consultation with the community. This delivers real power into the hands of citizens—if they are prepared to grasp it.

The process is already underway. The City of Melbourne has been trialling citizen juries for some time and other metro councils are testing various modes of engagement. Councils know they must tick the statutory boxes, but to realise the full potential of the legislation, voters will have to push them further.

This is happening in South Gippsland where the Just Transitions Group has proposed an ambitious Council Plan for a strategic partnership of business organisations, farmers, and environmental and community organisations to design a Citizens’ Jury to develop a vision for the region.

There will be resistance to these reforms. The Committee for Melbourne is sceptical about local community representation and advocates for even larger metropolitan councils. A common criticism of the citizen assemblies model is that metro municipalities are too large for assemblies to work. Yet assemblies at neighbourhood or ward level can be effectively organised within the shell of existing municipalities.

Where citizens actively take up this opportunity it could go a long way to restoring the democracy deficit that resulted from the council amalgamations of the 1990s when more than 100 councils were sacked. This managerialist reform resulted in the old cities, towns, suburbs and neighbourhoods being submerged beneath newly-created megacities.

The new municipalities were not cities in the old sense, but administrative constructs. Both regionally and in the metropolitan area they covered vast stretches of territory and incorporated many different communities. They often had no meaningful city centre. Ward boundaries no longer reflected coherent neighbourhoods. People did not feel that these new cities belonged to them nor that they belonged to the cities. For example, no-one says they live in ‘Port Phillip’—they live in South Melbourne, St Kilda, Port Melbourne and so on. The same is true for all the megacities.  There has been a growing disconnect between councils and their constituent communities.

The council amalgamations were justified by the claim that the admitted decrease of democracy would be more than compensated by an increase in efficiency and effectiveness. People would be better served if local government was primarily an exercise in management.

While the democracy deficit became increasingly apparent, the promise of large economic gains in efficiency was never realised. But for a quarter of a century this has been the largely unquestioned way of running local government in Victoria.

The small government bluff has been called. The assumption that what exists must continue to exist has been shaken. The new political normality is that voters no longer accept the same limit to what government can do. Suddenly it is no longer the case that budgets must always be balanced or that the hip-pocket is the only meaningful metric when it comes to taxation. There are larger issues at stake, locally as well as nationally.

The common good is back in a big way. The genie is out of the bottle and all the wishing in the world won’t be able to stuff it back in. This comes at precisely the right moment to underwrite an expansion of democracy as legislated in the new Local Government Act.

Despite an alarming decline of belief in democracy, especially among young people, it is recognised that citizens are generally more willing to engage with politics at the local level. It is here that the best chance may lie to reinvigorate democracy more broadly. The Assemblies, Juries, Visions and Plans envisaged in the new Act have the potential to energise a democratic citizenry.

Communitarian and localist movements are spreading across the world. Citizen assemblies are employed in parts of the UK, Ireland, France, Denmark, Taiwan, and Spain among others With municipalities across Victoria already stepping up to meet the requirements of the new Act, a radical change could be on the way.

Bill Garner is a historian, author and playwright. He is a member of the citizen group Progressive Port Phillip 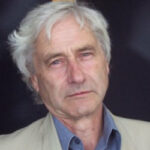 Bill Garner is a historian, author and playwright. He is a member of the citizen group Progressive Port Phillip.