Will the NACC expose corruption in major defence contracts? 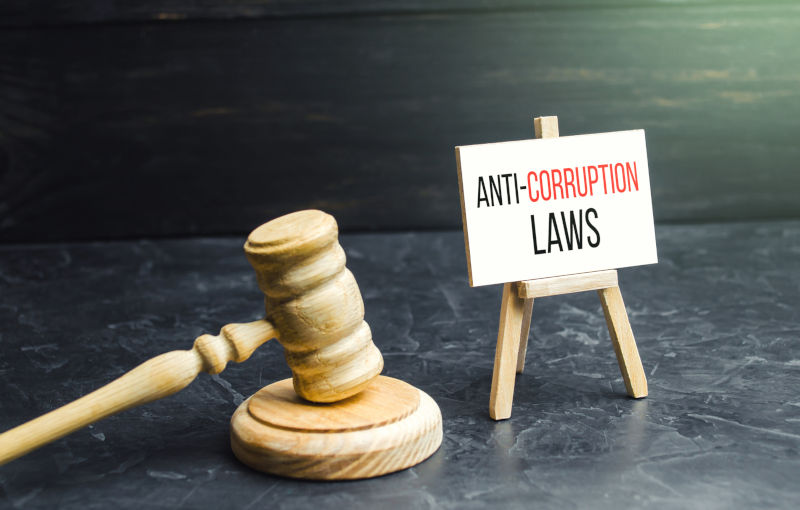 If Australia is serious about detecting and exposing corruption in arms deals and other defence contracts, the National Anti-Corruption Commission bill needs to be significantly strengthened.

The proposed Commission has positive features and two significant flaws.

The Albanese government was elected with a mandate to clean up corruption at the federal level. The government has acted swiftly to introduce its proposed anti-corruption commission legislation to parliament. The bills are being scrutinised by a parliamentary inquiry.

Civil society experts and members of the crossbench are to be congratulated for maintaining pressure on the major political parties over many years to ensure this historic outcome.

The World Peace Foundation at Tufts University in America has also produced extensive research, including a compendium of corrupt arms deals. It says: “Corruption within the industry is often treated in terms of isolated incidents, when it is, in fact, representative of the business model for the industry.”

In June, Michelle Fahy’s feature Hard-wired for Corruption was published by Arena Quarterly, examining the arms trade from an Australian perspective.

In the decade to 2030, Australia will spend $575 billion on defence. This includes substantial additional funding for arms procurement – $270 billion – on top of the regular defence budget.

Australia’s new National Anti-Corruption Commission (NACC) is long overdue and much-needed. This is especially so in the defence sector given:

Given the risks and red flags, the NACC must be established on a strong foundation to provide the best chance of detecting and exposing corruption in this high-risk sector.

Upsides and downsides of the bill

The bill contains many positive aspects, including:

There are, however, two significant problems with the bill that will have a detrimental impact on exposing serious corruption in arms deals and other defence contracts. The first problem is being widely criticised and we cover it in some detail.

The draft legislation establishes the National Anti-Corruption Commission on a largely non-transparent foundation by dictating that a hearing ‘must’ be held in private unless the Commissioner decides to hold all or part of it in public. Public hearings are only permitted if the Commissioner decides ‘exceptional circumstances’ justify it and it’s in the public interest.

The inclusion of the ‘exceptional circumstances’ hurdle, on top of a public interest test, has been widely criticised as unnecessary and ambiguous, generating warnings it will act as a ‘brake’ on public hearings.

Why are public hearings important? They:

Anne Twomey, Professor of Constitutional Law at Sydney University, says in her submission (no 43), “As ‘exceptional circumstances’ is a very high hurdle, it can confidently be predicted that almost all hearings will be in private.”

Public hearings are important for investigations into arms deals and other defence contracts because people with knowledge of the matter can come forward with additional information. In the complex and highly secretive world of defence deals, this may prove crucial in getting to the truth.

The Victorian Independent Broad-based Anti-corruption Commission (IBAC) submission (no 47) to the inquiry emphasised this point:

The nature of serious or systemic corruption is that many people may have knowledge of isolated pieces of information that may be relevant to a particular investigation. By holding a public examination, awareness and understanding of the matter under investigation is raised and witnesses can be prompted to come forward with relevant information that they had not previously understood the potential significance of.

The IBAC submission also noted that the NACC bill includes safeguards enabling public hearings to be held without unreasonable damage to the reputation or welfare of witnesses.

It is therefore IBAC’s position that a requirement that exceptional circumstances must exist for a public hearing to be held is unnecessary given the safeguards that already exist within…the Bill.

The IBAC is the only anti-corruption commission in Australia required to operate with the problematic ‘exceptional circumstances’ wording. Its submission says these words have “the effect of placing an artificial limit on IBAC’s ability to conduct examinations in public”.

Former judge of the Victorian Court of Appeal, Stephen Charles KC, has long argued that these words inhibit IBAC’s ability to expose corruption. Evidence collated by The Centre for Public Integrity supports this:

The NSW Independent Commission Against Corruption (ICAC) conducts compulsory private examinations of individual witnesses to determine whether sufficient evidence of serious or systemic corruption exists. This can include multiple examinations of witnesses. The required evidentiary threshold must be reached before it is determined whether to move into a public hearing.

John Hatzistergos, head of NSW ICAC, appeared at the parliamentary inquiry. He stressed the importance of transparency and public accountability, telling the inquiry: “The organisation has to be accountable and, in my view, public hearings are a way of keeping the organisation accountable.” He also said: “I beg to differ with people who think that you can make findings against people – serious findings against people – in private.”

There is broad agreement among experts that the ‘exceptional circumstances’ requirement will limit the transparency and effectiveness of the National Anti-Corruption Commission.

The unexpected inclusion of this requirement is a major backflip on Labor’s promise to deliver a transparent Commission.

‘A lawyer’s picnic waiting to happen’

Several of Australia’s eminent legal counsel have criticised the inclusion of ‘exceptional circumstances’ on further grounds, saying it will result in much litigation. People or businesses under investigation facing a public hearing will take legal action arguing the circumstances are not ‘exceptional’.

It’s “a lawyer’s picnic waiting to happen” said Fiona McLeod SC (who explained why in this webinar). Geoffrey Watson SC said these words will be “ruthlessly manipulated by well-resourced persons and businesses under investigation”. He added, “Even if that litigation is doomed to failure, experience shows it will be pursued just to disrupt or delay the proceedings.” Anthony Whealy KC has said that court challenges will require the Commission to reveal its information publicly in court before its investigation can be finalised.

Exemplifying concern about the likelihood of litigation by companies under public scrutiny, we recall the 2018 legal action by arms manufacturer Thales Australia against the Australian National Audit Office in the Federal Court. Thales sought to suppress sections of an ANAO report on the Thales Hawkei vehicle procurement, delaying the report’s publication for six months. Thales’ court action cost the ANAO $223,000 to defend. Thales dropped the action when then attorney general Christian Porter agreed to its first preference, providing a never-before-used certificate censoring the parts of the report to which Thales objected. That censorship was overturned in early 2021 by the Administrative Appeals Tribunal following a long-running appeal by then independent senator Rex Patrick.

International experience shows that the biggest corruption risk in an arms deal is a company’s decision to pay bribes or arrange kickbacks to secure the deal. On large deals these decisions are taken at the company’s highest levels. Exposing corruption at these levels often requires a whistleblower, making strong whistleblower protections critical for exposing corruption.

A recent corruption case in the UK stemmed from a defence contract arranged with the Saudi Arabian National Guard. This case was triggered by a whistleblower in late 2010. The UK Serious Fraud Office commenced what became a six-year investigation. More than a decade after the whistleblower first reported his concerns, Airbus subsidiary GPT Special Project Management Ltd finally pleaded guilty to corruption in April 2021. Other aspects of the case are ongoing.

Another well-known bribery scandal also relied on whistleblowers. In the early 2000s, news emerged that BAE secretly paid Prince Bandar of Saudi Arabia more than £1 billion over at least 10 years in connection with Britain’s biggest ever weapons contract. The Guardian reported that the UK Serious Fraud Office inquiry was shut down by Tony Blair because British ‘government complicity’ was in danger of being revealed.

Whistleblowers who have reported serious public sector wrongdoing in Australia have been arrested and subjected to years of litigation and extreme stress, ruining their careers and taking a major toll on their health. Examples include the prosecutions of whistleblowers Witness K (a former intelligence officer) and Bernard Collaery (his lawyer) who exposed the Australian government for bugging the Timor-Leste government as it negotiated with Australia over oil and gas reserves; David McBride, who exposed the alleged ADF war crimes in Afghanistan; and Richard Boyle, who exposed ATO maladministration. Attorney General Mark Dreyfus finally dropped Collaery’s prosecution in July 2022, but the trials of McBride and Boyle continue.

The government has not included a whistleblowing commissioner in the proposed NACC legislation despite assurances it would match the models proposed by Dr Helen Haines and other crossbenchers, which include a whistleblowing commissioner. Professor A J Brown, integrity expert and board member with Transparency International Australia and Transparency International, has put the government on notice:

This makes it imperative [for the government] to outline when, and how, it plans to fill that next big gap in the federal integrity system.

Transparency International Australia has stated: “the federal approach to whistleblowing needs an overhaul.” It has developed a 7-point plan to strengthen Australia’s protections for whistleblowers.

If Australia is serious about detecting and exposing corruption in arms deals and other defence contracts whistleblower protections need to be significantly strengthened.