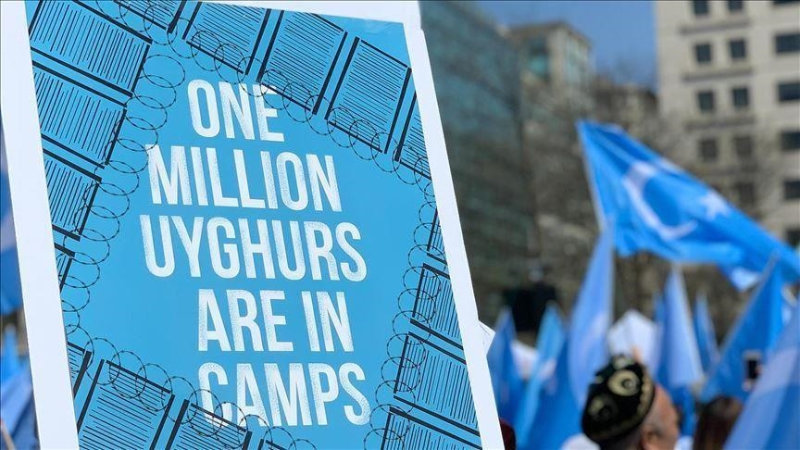 A lie told often enough can become accepted, but it can never be the truth. China has been declared a threat to all that we hold dear, but it is just not so. China, for all its faults, is not a threat and nor is it practising genocide!

The Uyghur ‘genocide’ claim gets bigger as each day dawns. Peter Hartcher, in The Age on 10th April, writes of this genocide, and of ‘the evil genius of the system of genocide with Chinese characteristics.’ The ‘genius’ according to Hartcher is that the Chinese are allowing the Uyghurs to live. What a clever and cunning genocide that is!

The plight of the Uyghurs is but the latest lurid episode in a sustained and enormously successful push to demonise China in the eyes of the world. The motivations behind this are simple
enough. China’s economic star is rising, and America’s best days are behind it.

The world is certainly on the edge of a precipice. There is a broad acceptance, despite an embarrassing lack of evidence, that China is an enemy and, as an enemy, a threat. Nobody is ever eager for war, but people have often enough been persuaded that war is an acceptable option. This is particularly so when an existential threat exists, or in this case, is manufactured. The potential for war, justifications for it, and warnings of how it might almost ‘accidentally’ become a reality have come to dominate thought.

In early 2021, Elliot Ackerman and James Stavridis, published a novel that caused an immediate stir. The book, 2034 a novel of the next war, is a work of fiction. It gained immediate attention, less from any creative skills of the authors, but from their credentials. Ackerman is an author who previously served with the US Marines as a special operations officer. Stavridis is a former US Admiral and NATOCommander. While the book may be fiction, its description of the lead up to war and the prosecution of that war, has an air of authenticity, coming as it does from Stavridis’ hands-on experience. Their book follows a familiar theme, that war while being almost inevitable, ultimately comes from an act of chance or ‘error.’

If the USA goes to war with China, it will not be by chance. It has been meticulously planned, costed, budgeted for, and the weapons, including ‘low-yield’ nuclear weapons, have been manufactured and deployed by the USA. The world should be aghast at such blatant preparations, but it is not. Those who would take us to war need first to convince us that we have no option, that we are protecting freedom, that we are standing for right and justice and that a threat exists, that the enemy is engaging in genocide.

In the space of just a decade, the people have come to accept this. China has gone from economic saviour of the word to arch enemy. Governments begin the process but could not be expected to convince the people. Television and print media: editorials, opinion pieces from leading journalists and international editors, columnists, and experts, have all played a decisive role.

A recent poll by the Lowy Institute showed that in 2018, 52 per cent of Australians believed that China would act responsibly in the world. Two very short years later and that figure had dropped to just 23 per cent! The polls are then used by the same anti-China crusaders to prove that a problem exists. They are happy to ignore the effect that a daily barrage of anti-China campaigning can do and how it can shift people’s views.

Shelves groan under the weight of books that show us the danger that China poses. The ‘re-education’ of the people begins and piece by piece, step by step all that we once knew to be truth becomes a lie.

The propaganda campaign that so much of our media is so happy to promote has been carefully managed. Too much, too soon, is hard to accept, but one step at a time … after all the journey of a thousand miles begins with a single step. The history of the west’s outrage about the treatment of the Uyghurs is a case in point.

The most recent reporting of the treatment of the Uyghurs is that the Chinese are engaged in a campaign of genocide. No, it is not. Genocide was practised in Nazi Germany, in Kampuchea, in Rwanda, in Armenia, in Australia, but to suggest that the Chinese behaviour towards the Uyghurs, while quite possibly repressive, even reprehensible, is genocidal is ludicrous. There has been discrimination and persecution. Life, for the Uyghurs, has never been easy. However, the west paid little or no attention to these people until about the time that the USA began to talk of ‘containing’ China. It was, for the USA, a fortuitous discovery.

The Chinese, at the end of the 20th century waged a campaign against Islamist separatist groups that had become active within the Uyghur population. Violence met violence and conditions worsened for the Uyghurs. None of this concerned Washington. What happened to make things change so dramatically? The Chinese, in all likelihood, did step up repressions but the USA have manipulated events to suit a specific propaganda purpose.

Uyghur stories become more and more horrifying. The western media was once content to rail against the existence of ‘re-education’ camps. Then it was reports of campaigns of mass
rape and then mass sterilisation programs. This morphed into claims of social genocide. Reports of forced labour emerged and evolved into stories of slave labour. The
term ‘social’ genocide came into use but has now been shortened to genocide.

This ramping up of rhetoric has one real purpose. China must, at every turn, be shown to be a malignant force. The editorialists, international editors, columnists, and journalists have
become a willing and shameless weapon in this campaign. If it all ends in war it will not be a chance thing.

The world must not be sleepwalking. Nobody wants war but we are being prepared for it.