With nuke-capable B-52s coming, Albanese is now the new Deputy Sheriff for the US 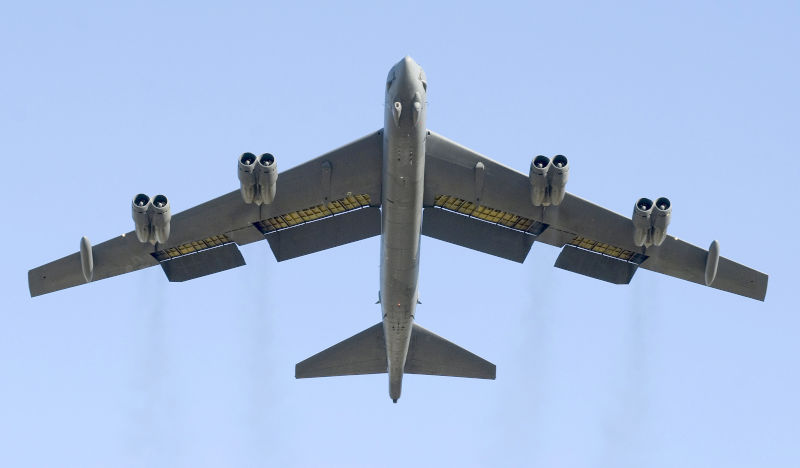 Former Liberal prime minister John Howard used to be often contemptuously referred to as the deputy sheriff for the US in the Pacific region when George W. Bush was in power.

Given the news that the US is now preparing to send six nuclear-capable B-52 bombers to Australia, one would be totally justified if the same title was applied to Labor Prime Minister Anthony Albanese.

The ABC’s Four Corners program on Monday focused on the build-up of these nuclear-capable planes, and the level of jingoism in the report was quite easy to detect.

The US and its allies have been spreading fear, uncertainty and doubt about China for years and this step is apparently aimed at keeping the region safe.

The ABC’s Angus Grigg interviewed people from a number of American neoliberal think-tanks, all of whom seemed supremely confident that Washington would defeat Beijing in the event that a war was fought over Taiwan. Some months ago, Professor Hugh White, an academic, provided a different perspective in an issue of the Quarterly Essay which was titled Sleepwalk to war. But Four Corners had no time for such wimpish thinking.

But Grigg failed to discuss one important aspect of this kind of threatening build-up: the fact that China is still Australia’s biggest export market.

What would be the impact on Australia if it lost most of its exports? What would Australia do if China attacked obvious war resources like the Pine Gap intelligence base?

The Americans are well-known for making other nations serve as cannon fodder for their imperial adventures. The most recent examples of this are Iraq and Afghanistan where Washington picked fights that it ended up losing.

But the Australian Deputy Prime Minister Richard Marles, who also functions as defence minister. seems to be following the Harold Holt doctrine: all the way with LBJ. Only this time it is not LBJ, but another doddering Democrat.

What happens if, as widely expected, the Republicans take over in 2024? For starters, there are predictions that they will control the US Congress after the mid-term elections on 8 November.

Four Corners did not canvass this aspect, though one should, ideally, think a little ahead when committing to policies that could have an adverse effect on the country. The whole theme of the program seemed to be: “The B-52s are coming and that is good for Australia.”

Nobody from the Australian Government issued so much as a statement about nuclear weapons being deployed on Australian soil. It is shameful that all the big talkers in Canberra stayed silent.

Australians are prone to poke fun at New Zealand, but that small country appears to have more cojones than this entire nation. It continues to stand against nuclear weapons being deployed on its land or waters. Even the famed nuclear submarines that Australia has found itself locked into will not be allowed into New Zealand’s territorial waters.

As an Australian passport-holder, one cannot but hang one’s head in shame.

Sam Varghese has been writing for iTWire since 2006, a year after the site came into existence. For nearly a decade thereafter, he wrote mostly about free and open source software, based on his own use of this genre of software. Since May 2016, he has been writing across many areas of technology. He has been a journalist for nearly 40 years in India (Indian Express and Deccan Herald), the UAE (Khaleej Times) and Australia (Daily Commercial News (now defunct) and The Age).