Women’s rights in Afghanistan-a lost opportunity in the 1970s. 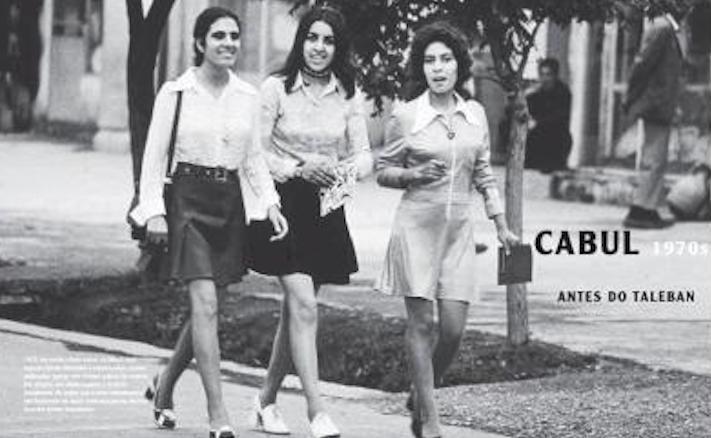 In Afghanistan today the US calls for the rights of women to be respected. But it was the US that acted  in 1978 so that women’s rights would suffer.
In 1953 Afghanistan set out to reform itself under the prime ministership of the pro-Soviet Gen. Mohammed Daoud Khan, cousin of the king. Moscow’s influence was strong in that land-locked nation adjacent to the Soviet Union.
In the major cities, at least, women’s rights were promoted. Women were allowed to attend university and enter the workforce on the same egalitarian basis as that dictated by communist doctrine in the Soviet Union.
But the ousting of Khan in 1978 by a pro-communist coup, in turn, triggered an Islamist revolt opposed to the regime’s modernizing reforms. Moscow in 1979 felt obliged to intervene to back up the faltering pro-communist regime.
That intervention failed, mainly due to crucial US military support for the rebels, leading to a withdrawal of all Soviet forces by 1989. Civil war between rival Islamist forces only ended with the establishment of a Taliban government in 1996, which was then overthrown in 2001 by the US, which has since made women’s rights a key issue in its support for Kabul against Taliban guerrillas.
The former US president’s wife, Laura Bush, was made a special women’s rights envoy to Afghanistan.
Now, as it withdraws from Afghanistan, there are cries of concern in the US that women’s rights will be suppressed once again. It is a major issue. But the US which once abandoned that issue by supporting extremist Islamist rebels in its failed effort to gain geopolitical power in Central Asia has little right now to complain.
Fortunately the protracted, expensive and destructive US support for various failed regimes in Afghanistan may, as in Vietnam, leave a residue of some reform. And the Taliban are known to be less extremist than other Islamist groups.
A recent New York Times reporting venture into a Taliban-controlled area near Kabul affirmed girls were being provided with some education. Taliban spokesmen also say women’s rights will be respected in any future regime it imposes. Maybe all that US bombing was not needed after all.