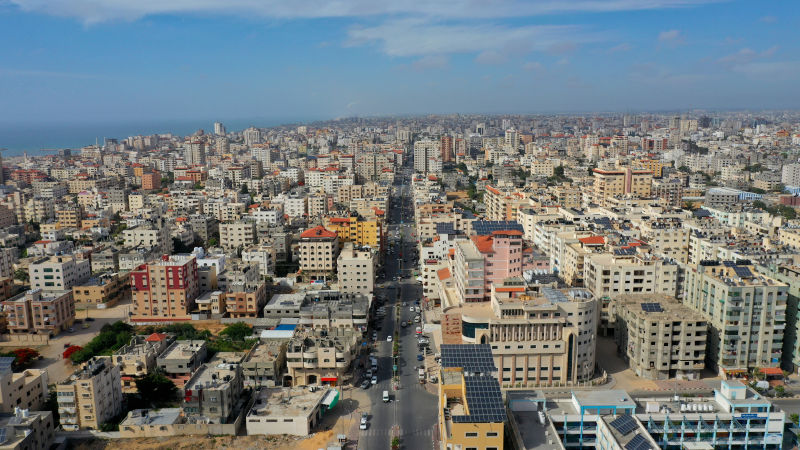 The Netherlands appears to discriminate against Palestinians based on where they live.

That is what I discovered when I made a visa application to the Dutch consulate in Istanbul (where I spent some time recently). I had been invited to the Netherlands for a training course. Another Palestinian who lives in the occupied West Bank had an identical application approved.

But mine was rejected.

One of the course’s organisers informed me I was turned down because I am from Gaza. Many EU governments are worried, my contact informed me, that people from Gaza will apply for asylum if granted travel visas.

Why was I treated differently to someone with an address in the West Bank? Is it a crime to have grown up in Gaza? And if people from Gaza wish to apply for asylum, why can’t we do so? The EU nominally accepts. that everyone has the right to seek protection from war and oppression.

I have been working as a journalist for 12 years now. An internet search should suffice to confirm that I write about human rights, particularly how the rights of Palestinians are violated. I am not a threat to anybody. And yet my travel possibilities have been curtailed throughout my career.

The biggest hurdle has, of course, been the blockade which Israel has imposed on Gaza, with the assistance of Egypt.

For long periods, the Rafah crossing – which separates Gaza and Egypt – has been closed. Leaving and returning to Gaza has, for that reason, often been impossible. Even when Rafah is open, the hurdles are huge.

The Netherlands is not the first country to stop me from going to a conference or training course. In 2016, I was refused permission by the Jordanian authorities to attend an annual conference on investigative journalism.

On that occasion, too, only Palestinians from Gaza were blocked from traveling. Palestinians living in the West Bank were allowed to enter Jordan for the event.

My application was turned down because I did not receive the required “security” clearance.

I was luckier – if that is the right word – in 2019. Then, I did indeed get “security” clearance and was able to attend that year’s conference on investigative journalism in Amman after taking a flight from Cairo.

I cannot explain why I was granted something in 2019 that had previously been denied to me. How come I was apparently considered dangerous in 2016 but not three years later?

The lack of travel opportunities has affected me in more personal ways, too.

With Gaza under siege, it was necessary to cancel a total of 14 plans I had made for visiting my mother, who lives in Egypt. It was not until December 2019 that I was able to see her for the first time in two decades.

A number of countries now subject people from Gaza to “security” clearance.

Some Arab states, for example, will not recognise documents issued by the Hamas-led administration in Gaza. They insist on travel papers from the Palestinian Authority in the West Bank, which is involved in “security coordination” with the Israeli forces of occupation.

In March this year, I traveled to Khartoum so that I could train Sudanese journalists on producing digital content. The organisers of that training course sought “security” clearance before I arrived in Sudan.

During my recent trip to Turkey, I met Majid Samaan, 30. He has a psychology degree from Al-Azhar University in Gaza and wishes to study further in Western Europe.

Samaan has unsuccessfully requested student visas from Germany and Belgium.

Two reasons were cited for turning down his applications.

The first reason was doubt about documents showing that an uncle guaranteed him financial support. The second reason was the possibility that Samaan would remain in the European Union after his studies had been completed.

“I didn’t intend to seek asylum,” Samaan said. “I just wanted to study. If you want to discover the world, then having a Palestinian passport is an obstacle.”

Abdulrahman al-Fadi, 21, applied from Gaza for a visa so that he could study fine arts in Spain.

After the Spanish authorities rejected his request, al-Fadi made some inquiries. He was told that the Spanish do not want to admit people from Gaza as they fear they will apply for asylum.

“I want to draw and paint,” said al-Fadi. “I don’t want to study in Gaza. I am a philosophical painter and don’t want to work under the stressful situation we have here.”

Shortly before the COVID-19 pandemic, Ibrahim Hassan went from Gaza to Qatar, so that he could avail himself of a university scholarship.

There, he met an Omani woman with whom he had been in contact over the internet.

The couple have subsequently become engaged. But Hassan, 30, has not been able to visit his fiancee in Muscat, the Omani capital, as the country’s authorities will not issue him with a visa.

“When my fiancee made inquiries, she was told that I was rejected because I am from Gaza,” Hassan said. “I met people from the West Bank in Qatar, who have been able to get tourist visas for Oman. I have a master’s degree in Arabic literature and I am working as a researcher for an Arab institute. How am I dangerous?”

First published in The Electronic Intifada  on December 9, 2022

Amjad Ayman Yaghi is a journalist based in Gaza.