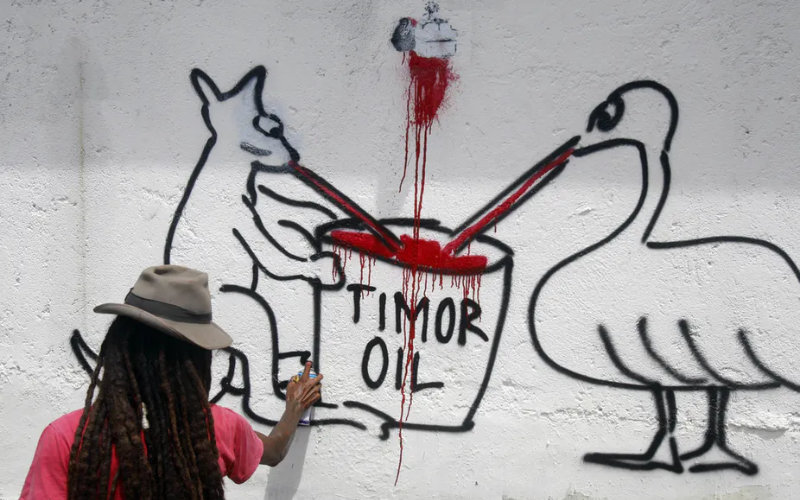 Canberra’s conduct towards the Timorese was so grave that Australia continues to be regarded, within international legal circles as a cheat.

Upon our return to Cambridge in early 2014 from The Hague after the truly shameful experience of watching and listening to Australia’s solicitor-general and some of his team scornfully defend Australian misconduct at Dili our Bar Leader, Sir Elihu Lauterpacht QC, doyen of international law, former ad hoc Judge of the International Court, 84 years old and on his last brief, sought reassurance from me that I too had seen Australia’s Professor James Crawford, SC, momentarily lower his head as the Solicitor-General spoke. Eli admired James and watched intently as James sat with the Australian team.

James occasionally walked around to Eli’s study at Herschel Road to discuss the case, ad referendum. Eli regarded the brilliant James both as a protégé and long-time friend. Eli had quietly added his voice to those with a say about a forthcoming vacancy on the bench at the International Court. Xanana Gusmao, prime minister of East Timor, had also ensured his government’s and other Lusophone countries’ support and issues aside we all hoped that James’ appointment was imminent. It was.

Eli’s concern was that the Australian solicitor-general and his team from the Attorney-General’s and Foreign Affairs Departments were defending the indefensible using an alleged “principle“ of diplomatic and intelligence agency usage, namely, “neither confirm nor deny“.

Eli’s words to our team resound to this day:

“In this case it is misplaced. This is the culmination of years of bullying exploitation and genocide. As if that could have been employed at Nuremberg over the starvation of the occupied nations. James knows it, you can’t elevate tactical evasion into a legal maxim. It has no place in adjudication.”

Eli would add bitterly: “It is a contempt of the good-faith principles that bind international arbitration proceedings.”

The trouble remaining for the Coalition is that internationally wrongful acts come with a long memory and have consequences. In Australia’s case there were two consequences. The first was the question of reparation for the loss caused. Sadly, for reasons yet to be disclosed to the public, Australia believes it has secured East Timor’s acceptance of a “release without satisfaction“.

The second, separate from the primary obligation, is still very much alive and involves Australia’s recognition that it engaged in an internationally wrongful act. This embraces a concept no different from that applied at the International Criminal Court and daily in our courts, namely, acceptance of wrongful conduct and recognition that there won’t be a repeat.

The Coalition offers neither, refuses to fess up, hides behind a law a wedged Opposition failed to block and by claiming a prejudice to national security is attempting to bind the courts to its unapologetic conduct.

The government’s conduct towards the Timorese was so grave in international law that Australia continues to be regarded, within international legal circles in foreign capitals that count, as a pariah state, an international cheat, stooping again post-Liberation after years of collaboration with Indonesia, to steal from the impoverished Timorese, under the guise of good-faith treaty negotiation. The stigma is long-lasting, and until there is acceptance and a national apology to the Timorese and the international community, an unenviable legacy for Australia’s policymakers to live with.

The way out presented itself to then prime minister Julia Gillard in December 2012. If she had been properly advised, Gillard had ample time to order an inquiry. Inevitably, this would have determined the misconduct as maverick and beyond statutory safeguards in the Intelligence Services Act 2001. In the absence of a federal ICAC the proper response lay with a Federal Police commissioner with nous and courage. The international community would have understood thereby lessening the damage to Australia’s international reputation.

To recall that Xanana Gusmao, an erstwhile friend of Australia, offered to PM Gillard a quiet and confidential abrogation of the fraudulently procured treaty is to ponder once again the years of Australia’s brash and incompetent foreign policymaking under Alexander Downer.

Despite Australian actions, PM Gusmao astutely held off filing public proceedings against Australia for many months while Kevin Rudd and latterly Gillard worked the levers to secure for Australia a casual vacancy coming up at the UN Security Council. Gusmao joined an equally generous but similarly outraged President Susilo Bambang Yudhoyono of Indonesia in these efforts. It was an uplifting experience to observe mature statesmanship in action despite silly provocation from Australia. Does this still sound familiar?

In domestic Australian law, lawyers who either advise or are accessories to lawbreaking face disciplinary proceedings or worse. If accused of such conduct a practising lawyer seeking to plead ‘neither confirm nor deny’ may risk contempt proceedings or worse. The few public servants holding practising certificates as lawyers who have knowingly participated in international treaty making, poisoned to their knowledge by the prohibition against fraud being a peremptory norm of international law (jus cogens), should face disciplinary action at the least from their Bar Councils or Law Societies. They know this. Like the participating bureaucrats, they still face, at the least, reputational damage if there is proper disclosure of the deplorable misuse of a vitally important agency. It is not just members of the Coalition in Canberra who fear exposure.

It is nothing short of an affront to rule of law precepts to have watched a corrupt government continue to employ such individuals. Could you imagine any senior commercial lawyer seeking qualification as an expert before a court or tribunal deposing to a CV with a claim “Advised WA Inc. and settled complex bottom-of-the-harbour tax arrangements.”

Such is the incompetence and institutionalised deceit in Coalition foreign policymaking, the exemplar being East Timor, that some who have participated openly lay claim to be ‘experts’ … all the while anxious that there be no public examination of their claimed expertise. One hopes that there is a new generation of foreign policy advisers of integrity in Canberra praying daily for deliverance from a discredited old order.

Meanwhile, truant Australia stands alone in front of the class, unabashed, unapologetic and the subject of ridicule and quiet mirth from Beijing, to Washington, to Oslo, to London, to Jakarta, to Honiara, to … all of this a Coalition legacy from a most unprincipled era in Australian political history.

We owe the Timorese and the world an apology. Will 2022 bring such redemption? 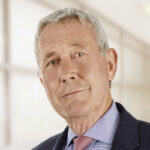