Xi Jinping’s CPC centenary speech: Is there cause for alarm? 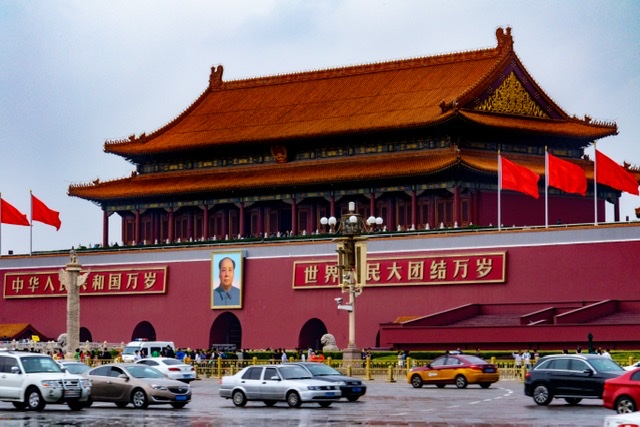 A speech to commemorate 100 years of the Communist Party of China by its leader Xi Jinping prompted another flurry of anxiety in the Australian media over the ‘China threat’. But former diplomat Colin Heseltine argues Xi’s speech was aimed at a domestic audience and departed little from standard lines on national security issues.

The past week’s centenary anniversary of the Communist Party of China has provided the occasion for saturation analysis of the party’s history, achievements and dark periods by China scholars and experts. Much of this has been insightful and valuable in understanding how contemporary China has got to where it is now. Geraldine Doogue’s excellent conversation on Radio National’s Saturday Extra with UK-based scholars Rana Mitter and Kerry Brown, and, in Australia, Linda Jaivin, the author of the recently published, “The Shortest History of China”, comes to mind as an example of this in Australia.

And then, by contrast, there is the coverage in much of the mainstream media, especially of Xi Jinping’s speech at Tiananmen Square on 1 July. The headlines indicate the tone. The Australian led with “Xi warns critics of ‘wall of steel’ in strident speech”, with Greg Sheridan warning of “Xi’s alarming new tone of truculence”. The Financial Review claimed “Resolute action: Xi warns Taiwan on independence” and “no signs of softening in Xi’s strident speech”. The Age and The Sydney Morning Herald trumpeted “Collision course: Xi’s big speech at China’s party puts world on notice”. Sky News emblazoned the screen with “Xi gives confrontational speech. China’s President warns the world”.

The emphasis in these articles was on the speech’s “stridency” and its warning to the world. Greg Sheridan went as far as describing the speech as “historic as it is disturbing, as memorable as it is menacing, as epoch-marking as it is grandiloquent”, and serving as a “startling and profound wake-up call for Australia”. The speech in fact was none of these.

While much of the Australian media focused on foreign countries as a key target of the speech, Xi was clearly directing his words at three key domestic audiences: members of the CPC, the broader mass of the population, and the People’s Liberation Army. The overseas audience was very much a secondary target. In one hour, Xi spoke only for a couple of minutes on issues of direct interest and concern to countries like Australia and the United States.

Most of the speech was a triumphant extolling of the CPC’s achievements and the essential need for it to maintain its central leadership. Xi spoke of the hundred years of humiliation and the national rejuvenation brought about by the party. He referred to the Taiping rebellion, the Boxer uprising and the 1911 revolution as efforts of patriots to pull the nation together. No mention was made of the disasters of the Great Leap Forward and the ensuing famine, or the Cultural Revolution, both of which led to tens of millions of lost lives. Perhaps the closest he got to referring to these was his passing reference to the party’s “protracted struggles”. Throughout the speech he referred to the people as “the true heroes, for it is they who create history”. In short, Xi’s appeal was to nationalism, the essentiality of CPC leadership with himself as the core, and the role of the people. It is hardly surprising that all of this was clearly aimed at the domestic audience. 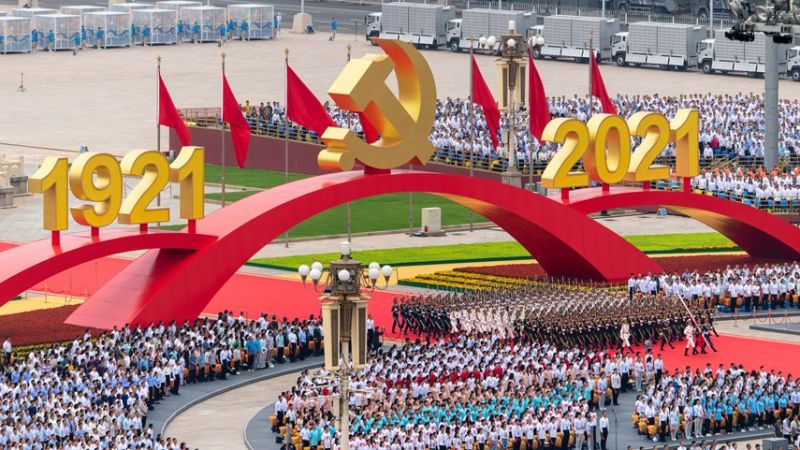 There were references to the need “to continue adapting Marxism to the Chinese context as China’s fundamental guiding principle”; and to the doctrines of previous leaders including Marxism-Leninism, Mao Zedong Thought, Deng Xiaoping Theory, the Theory of the Three Represents (Jiang Zemin), the Scientific Outlook on Development (Hu Jintao) and the Thought on Socialism with Chinese Characteristics for a New Era (Xi Jinping). And we mustn’t forget Xi’s mention of the “five-sphere integrated plan” and the “four-pronged comprehensive strategy”. No doubt the China hawks will find something alarming in these turgid sounding programs but for the rest of us — and no doubt a very great number of Chinese — the reaction will be one of eyes glazed over.

So where did the excited interpretations in the Australian media come from? Xi spoke of China’s commitment to promoting peace and mutual benefit in the world. The Chinese, he said, were a people who upheld justice and are not intimidated by threats of force; China has never bullied or oppressed any other country, and never will, but nor will “we allow any foreign force to bully, oppress or subjugate us”. Anyone attempting to do so “will find themselves on a collision course with a great wall of steel forged by over 1.4 billion Chinese people”.

This, then, is the “wake-up call” to Australia! Interestingly, the official English language translation provided by Xinhua referred to a “collision course”. In the original Chinese-language version, Xi said literally that foreign forces threatening China would “crack their heads and spill blood” when they came up against the ring of steel. The more idiomatic translation of this Chinese expression is “beaten to a pulp”. Presumably those in the CPC propaganda department thought the reference to beatings and blood was too much for sensitive western ears, so opted for the more benign “collision course”, though presumably if you collide with a metaphorical ring of steel you’ll receive a metaphorical cracked skull. Interestingly, the cameras of state broadcaster CCTV panned to approving PLA troops when Xi made this reference, so no need to guess who it was directed at. It’s worth noting that Xi raised the “ring of steel” as a response to foreign attempts to bully or subjugate China, in other words as a defensive, rather than offensive, measure. Given that it is unlikely any country will bully or subjugate China these days, Xi’s words were meant as a rhetorical appeal to Chinese nationalism more than as a threat to foreign powers (which is not to say there was no message at all for the latter).

Xi’s mention of the need to accelerate the modernisation of China’s national defence and armed forces, and to be vigilant “against potential danger, even in times of calm” was unremarkable and not new.

On Hong Kong, Xi said China would stay true to the one country, two systems principle, while safeguarding national security – hardly reassuring to many Hong Kong residents but nothing new. On Taiwan, Xi spoke in conventional terms: resolving the issue of reunification was “a historic mission and an unshakable commitment of the CPC”. China, he said, would advance peaceful national reunification but would take resolute action to defeat any attempt towards Taiwan independence. All quite restrained, with no direct mention of a resort to force.

Despite the unmistakably domestic focus of Xi’s speech, and the restrained references to national security issues of concern to other countries, much of the mainstream Australian media commentary still found cause in it for sounding alarm. And this of course plays into the China threat narrative so prevalent now in Australia’s media. Xi’s speech, full of hagiography, distortions, schmaltzy nationalism and populism was always going to be thus. After all, it was a celebration of an extraordinary political institution that has had very real achievements but is also haunted by dark aspects that will never be publicly spoken of in China. Much of the speech can be dismissed as CPC hype, including the reference to enhancing the Party’s capacity to conduct “sound democratic, law-based governance” and the implausible claim that it has no special interests of its own.

From an Australian perspective, though, there is very little in the speech that merits the alarmist interpretations of the more hawkish commentators. For sure, there is much in the CPC’s history that is abhorrent. And there is no doubt that China’s growing role in the region and the world, and how we deal with this challenge, should be matters of concern. But it’s best for us to keep a steady hand and not succumb to our own sense of paranoia and insecurity.

This article has been republished from UniMelb’s Asia Link. 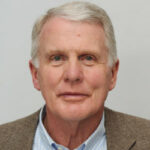