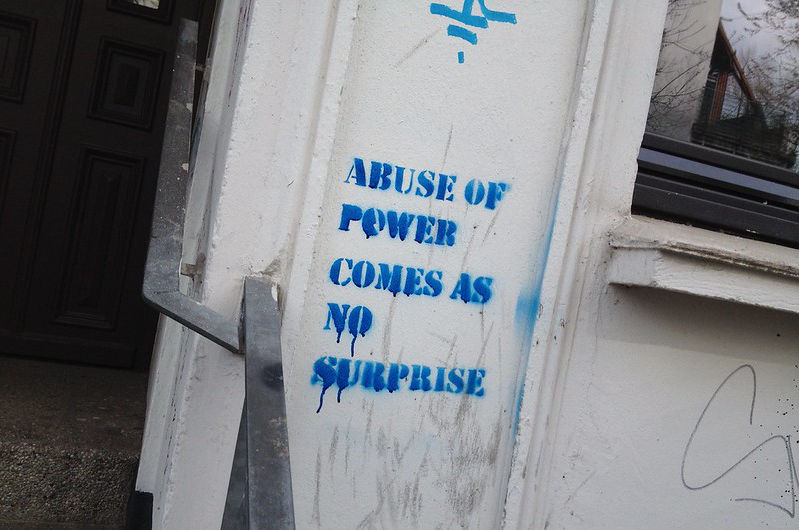 TRUST IN THE MAINSTREAM media has collapsed, a series of new studies show. Western journalists openly see their role as propagandists for their beliefs, in contrast with their readers, who seek balanced coverage.

The overwhelming majority of ordinary U.S. citizens, 76%, believe news should balance both sides of a debate, a Pew Research Center survey showed. In contrast, the majority of mainstream journalists, 55%, believe it should not be balanced, but should push a political agenda. Only 22% of the public agree with the reporters.

“The disdain for even-handed reporting is even worse among younger journalists and those from left-leaning outlets: 63 percent of reporters ages 18 to 29 say both sides do not deserve equal coverage, as do 69 percent of journalists who say their outlet’s audience leans left,” said Marc Theiseen, reporting on the survey for the Washington Post.

That means it is no longer possible to deny that the Washington Post itself, plus the New York Times, AP, CNN, MSNBC, and most of the dominant forces in global media, are biased – because they are happy to admit it. Western journalists, especially younger ones, are open propagandists, no different to the reporters on the People’s Daily of China, although with an infinitely bigger and better distribution network to push their agenda. But the result is that the huge amount of trust that mainstream media used to have is evaporating.

This was predicted by venture capitalist and Chinese media boss Eric Xun Li in a Fridayeveryday interview last year. It’s clear that the western media is “highly biased”, but ultimately that factor damages itself and western society, he said.

International journalists believe they have a job to do, and it is to push the superiority of western liberal democracy, with emphasis on liberal, research indicates. “They don’t believe in objectivity,” says Ari Fleischer, author of a statistics-filled new book, Suppression, Deception, Snobbery, and Bias: Why the Press gets So Much Wrong – and Just Doesn’t Care. “They don’t believe in two sides. They believe that their side, particularly on social issues and on racial matters, is the only right side.”

Separately, a July 2022 Gallup study shows a massive decline of trust in the mainstream media (see graphic below) by the American public. From a figure of 72% of people having high confidence in the press in 1977, numbers fell to 51% in 1979 and have plummeted to just 16% today. (In TV news, the figure is 11 per cent, and among right-of-centre voters, it is just five per cent.)

A regular global poll known as the Edelman Barometer shows that the fall of trust in mainstream media is a worldwide phenomenon. (A graphic summarising the results appears further down on this page.)

The world’s three big news agencies and all major news media slant their presentation of the news through a western prism, representing roughly 12% of humanity, largely ignoring or discarding the views of the 88% of people not in the west.

The distortion is magnified through “news reports” issued by media outlets such as Radio Free Asia, the BBC, Voice of America, and literally dozens of smaller groups which hide their finding sources. In addition to long-term financing for these, a new U.S. “poison pen” fund of more than US$1.5 billion to be used against China (see below) by 2024 means vilification of the Chinese is happening at an industrial level worldwide, and will continue to happen.

Specific events likely caused the loss of trust to accelerate. Numerous reports, over months, said that Russia and China interfered in the U.S. 2016 elections. This was later admitted to have not happened – while widespread political interference by the U.S. was taking place around the world, in Hong Kong, Cuba, Sri Lanka and other places.

US Democrats pushed the Steele Dossier, later discredited, while US Republicans used Hong Kong’s Trump-worshipping Apple Daily to create a Hunter Biden dossier attributed to a journalist who was later shown to have been generated by an artificial intelligence program.

On a geopolitical level, the distortion process is decades old. A mainstream media campaign to vilify China by ascribing atrocities to them in coverage of Xinjiang and Hong Kong, was stepped up from 2018 onwards, but was built on the back of many years of demonisation. “For 20 or 30 years, they’ve been telling the public that China would fail, that there’s no way the Communist Party will succeed,” said Eric Li. The media led Westerners to believe that “history was on their side” and China was in danger of imminent collapse. But what happened? “Whoops! One morning they wake up and find China is so big and so successful,” he said.

To cover their embarrassment, some reporters work hard to falsely portray Hong Kong and Mainland China as dystopian police states, although this is clearly untrue. It is a low crime city with a free, critical press, and extraordinary levels of achievement in generating health and wealth.

The problem for the western media is that truth has a tendency to leak out, and people know how to do their own fact checking.

So, for example, the media tells the world that press freedom in Hong Kong has gone, and quote as evidence “press freedom indexes” from NGOs that it is clear the US has influenced, infiltrated or funded.

Foreign correspondents push this fake narrative, fooling the world, but fail to deceive Hong Kong people, who see evidence for the real story in every pavement newspaper kiosk, where papers are filled with criticism of the government.

And it takes literally seconds for anyone in the world to surf to Hong Kong news sites to find that there has been no change in critics’ ability to criticise the government.

Who’s the dark power behind the problem? It’s not one individual or group, but a deep-set problem of confirmation bias from journalists who have spent years nurturing hostility for societies which are different, several commentators say. Fleischer says that there is “no central source of propaganda” for the media because there is no need for one. “It’s worse than that. It comes naturally to the media because they’re too much alike—they have a diversity problem.”

This is nothing to do with skin colour, but mindset. Years of indoctrination have to be undone.

Observers reckoned that one day, mainstream media journalists will have to set aside their prejudices and realise that the world is a big place, with societies which have a wide variety of ways of governing themselves—or they will lose their audiences to voices who do realise that, and who can see it around them.

“So their narrative is in trouble. They can’t deal with it,” Eric Li said.