The last time that General Mark Milley, the chairman of the Joint Chiefs of Staff, spoke with President Donald Trump was on January 3, 2021.

The subject of the Sunday-afternoon meeting, at the White House, was Iran’s nuclear program. For the past several months, Milley had been engaged in an alarmed effort to insure that Trump did not embark on a military conflict with Iran as part of his quixotic campaign to overturn the results of the 2020 election and remain in power. The chairman secretly feared that Trump would insist on launching a strike on Iranian interests that could set off a full-blown war.

There were two “nightmare scenarios,” Milley told associates, for the period after the November 3rd election, which resulted in Trump’s defeat but not his concession: one was that Trump would try “to use the military on the streets of America to prevent the legitimate, peaceful transfer of power.” The other was an external crisis involving Iran. It was not public at the time, but Milley believed that the nation had come close—“very close”—to conflict with the Islamic Republic. This dangerous post-election period, Milley said, was all because of Trump’s “Hitler”-like embrace of the “Big Lie” that the election had been stolen from him; Milley feared it was Trump’s “Reichstag moment,” in which, like Adolf Hitler in 1933, he would manufacture a crisis in order to swoop in and rescue the nation from it.

This is an excerpt from a column published by the New Yorker, written by Susan B. Glasser. 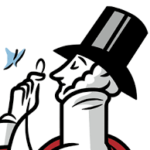