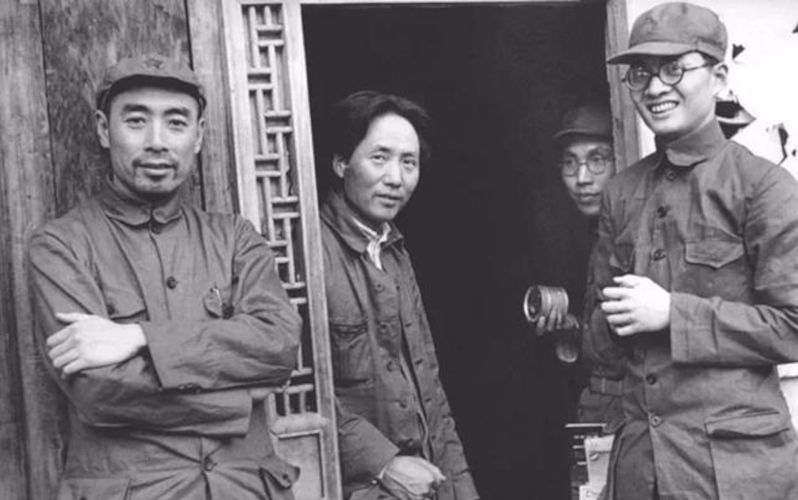 Nations now fashioning a post–Western world order appear to be abiding by the Five Principles espoused by China’s first and long-serving premier.

The big news over the Thanksgiving weekend — big such that you could hardly find it in the mainstream press — is that top officials from China will travel to Riyadh in early December to meet counterparts not only from the Saudi kingdom but also from other Arab nations. There appears a strong possibility that Xi Jinping will attend.

The Chinese president is already scheduled to summit in the kingdom next month with Crown Prince Mohammed bin Salman and, almost certainly, MbS’ father, the ageing but on-the-ball King Salman bin Abdulaziz. I do not know why Beijing and the Arabs are coy as to Xi’s presence at the larger summit, but one way or the other this will be his first visit to Saudi Arabia since 2016 and could hardly come at a more significant moment.

Making the December docket yet more interesting, TRTWorld, the Turkish broadcaster, reported the day after Thanksgiving that this is to be understood as the “inaugural Chinese–Arab summit.” This starts to sound like the start of something very big indeed.

Riyadh’s rather bitter drift away from its oil-for-security alliance with the U.S., worn thin after nine decades, is by now a matter of public record. The interesting thing here is that Xi’s talks with MbS and presumably his Pop are to focus on none other than trade, as in oil and security.

It has been hard to miss these past months the Saudi kingdom’s simultaneous new tilt toward partnerships with major non–Western nations, China and Russia chief among them. Along with Turkey, Egypt, Qatar and various other nations, it had observer status at the 22nd summit of the Shanghai Cooperation Organisation in Samarkand in mid–September.

As also noted in this space, Saudi Arabia is one of numerous nations that are also interested in joining an expanded version of the BRICS, whose original members, Brazil, Russia, India, China and South Africa, give the organisation its name. The non–West waxes — a key feature of our century, as I have long held — just as the West’s ties with these nations wane, gradually or otherwise.

It is best to take the long view when trying to explain this fundamental shift. It is the flower of many decades of incremental material progress in the non–Western world. As the BRICS, the SCO’s members and other non–Western nations clambered up the development ladder from the 1950s and 1960s onward, Western markets were no longer the only markets if these nations had something to sell or as they searched for investment capital.

In this way the end of the West’s 500 years of global dominance has been rolling our way like a big, black bowling ball for a long time. To extend the simile, in our time we watch as it strikes its pins. The non–West now accounts for the majority of global gross domestic product — a reality that cannot be more than a couple of decades old but is among the key determinants of our era.

Why wouldn’t the Saudis, the other Gulf states, and various other nations traditionally allied or partnered with the West begin to shift loyalties? Why wouldn’t the BRICS now be planning to develop an alternative to the dollar based on a basket of currencies that heretofore have had a very minor place in global trade — notably but not only in oil?

“The end of the West’s 500 years of global dominance has been rolling our way like a big, black bowling ball for a long time.”

It is a dollars-and-cents question, then. Markets, investment capital, high-technology and heavy-industry development, scientific, cultural and educational exchanges: Not only is the West no longer the only game in town; it is not the most dynamic game in town, either.

But when I think of these practical reasons for this shift in global vitality, I get to thinking about Zhou Enlai, China’s first and long-serving premier and vice-chairman of the Chinese Communist Party during Mao’s final years.

Zhou was, more to the immediate point, among the visionary figures of those postwar decades when scores of nations were achieving independence and working out what kind of world order they proposed to live in.

Readers of this column may recall the admiration I have severally expressed for Zhou’s Five Principles. All five had to do with how nations should conduct themselves in an emerging era of unprecedented multiplicity: They were mutual respect for sovereignty and territorial integrity, nonaggression, noninterference in the internal affairs of others, equality and mutual benefit in relations, and peaceful coexistence.

Zhou fashioned these principles as Beijing and New Delhi worked out the Sino–Indian Agreement of 1954. Then they assumed a life of their own. Nehru took to citing them. They were incorporated into the People’s Republic’s constitution. When Sukarno hosted the seminal meeting of the Non–Aligned Movement at Bandung in 1955, the NAM declared its Ten Principles, elaborations of Zhou’s Five.

I have always thought of Zhou’s principles as great ideals. I still consider them in this way. A scholar named Dawn Murphy compares them with the tenets of the 1648 Treaty of Westphalia, wherein the European powers settled on a code of conduct among themselves that amounted to an early formula for achieving peaceful coexistence and avoiding war.

But as I watch the steady, encouraging coalescence of emerging non–Western nations, it seems to me Zhou’s Five Principles have a lot to do, in an altogether practical way, with their evolving relationships. Oddly enough, this is Zhou’s posthumous moment of triumph.

Think about any set of relations among non–Western powers and consider the fundamental nature of their ties. The Russians or the Chinese or the South Africans would not dream of telling the Saudis or Egyptians or Indians how to conduct their internal affairs, or of intruding on their sovereignty. The same holds true, of course, if you reverse the exercise.

I suppose I ought to state a couple of obvious points here. One, there are some unwholesome names among the non–Western nations I have mentioned, just as there were among the NAM’s members. This must be acknowledged. Abdel Fattah al–Sisi’s Egypt? Another tragic dictatorship in Egypt’s long line of them. The Turkey of Recep Tayyip Erdogan? The man is a tinpot tyrant.

Two, despite one’s objections to such nations, and I am sure figures such as Zhou and Nehru had theirs in their day, the principle of noninterference must prevail for the sake of a working, ultimately humane world order. There are exceptions to this having to do with extreme cases, of course, but this does not mean the kind of flagrant abuse the U.S. makes with its unlawful, disorderly, typically violent “humanitarian interventions.”

Going back to the 2001 attacks in New York and Washington — and one could go back much further — do you think the non–Western world did not take note of America’s lawlessness when it invaded Afghanistan, and then Iraq, and then Libya, and then Syria? I do not even have to ask in the case of Washington’s proxy war in Ukraine. The great majority of nations objects, and no longer so silently as in the previous cases I mention.

Without saying so explicitly, and I do not know why they do not, those nations now fashioning a post–Western world order come to abide by Zhou’s principles even as they are fed up with America’s incessant violations of them. Again, we are talking about ideals and profound practicalities all at once.

On Nov. 14, the Quincy Institute for Responsible Statecraft sponsored a forum under the title, “Is America Ready for a Multipolar World?” I did not think this an interesting question because the answer is so obviously no. But the occasion elicited some worthy remarks nonetheless, notably from Gérard Araud, formerly France’s permanent representative to the United Nations and more recently its ambassador to Washington. (He is now a senior fellow at the Atlantic Council, but nobody is perfect.)

Here are a few snippets from his comments:

“I’ve always been extremely skeptical about this idea of a ‘rules-based order.’ This order is our order…. Actually, this order is reflecting the balance of power in 1945….

When the Americans basically want to do whatever they want, including when it’s against international law, as they define it, they do it.

And that’s the vision that the rest of the world has of this order. Their vision of the world, is certainly not a ‘rules-based order.’ It’s a Western order. And they accuse us of double standards, hypocrisy, and so on and so on.”

It is noteworthy that a prominent diplomat from one of the West’s great powers is now saying such things. Araud is articulating precisely what the non–West has been saying for a very long time. His appearance at Quincy is merely evidence that the message is now crossing the great divide between the West and non–West.

This is not to say I am confident the message is heard in the Atlantic world’s capitals. I do not think it is. But they will surely start hearing it in Washington, London, Paris, Brussels and Berlin as the BRICS, the SCO and many nations not members of either make it plain by what they do and what they stand for. They will stand for a world order made of practicalities and ideals such as Zhou’s —practical ideals, if there is such a thing.

We should keep these matters in mind when Xi Jinping travels to Saudi Arabia next month. Any gathering of world leaders that puts people such as MbS in the room will challenge those who favour a world order that rests, if implicitly, on Zhou Enlai’s Five Principles.

Let us not be daunted. Let us not imagine Zhou assumed the non–West was led by a band of angels. Let us recall that in full what Zhou stood for was titled Five Principles of Peaceful Coexistence. They are as valid today, indeed as urgent, as they were when he drafted them not quite 70 years ago. 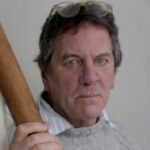