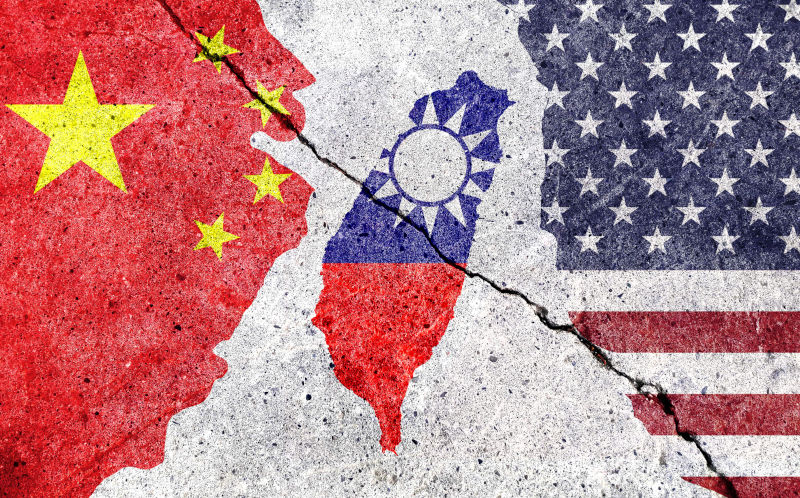 We could hardly expect, nowadays, that the US would ever have China’s best interests at heart (or vice versa). But ultimately, neither does the US have the best interests of Taiwan at heart. It is the perceived hegemonic security interests of a fearful America that unquestionably dominate how America identifies what matters most of all: US geopolitical interests in Taiwan.

The US President, Joe Biden, met with China’s President Xi Jinping during the recent Group of 20 (G20) meeting held in Bali in Indonesia. This latest zag in the zig-zag maneuvering which has typified Washington’s Sino-interactions over the last five years, saw President Biden adopt a genial demeanour while claiming that the US was not looking for conflict with China and that Washington’s One China policy had not changed.

Patrick Lawrence soon after argued that there was no constructive substance to be found in the remarks by Biden and his people in Bali: “It is all sponge, exhausted rhetoric , a continued commitment to avoid addressing the Sino-relationship seriously”

Article: Respected American journalist demolishes Biden’s approach to China. The historical basis for this acute criticism is not hard to locate.

The Shanghai Communique was a diplomatic document issued by the People’s Republic of China (PRC) and the US on February 27, 1972 at the close of President Nixon’s historically important visit to Beijing. The document pledged that the US acknowledged: that all Chinese on either side of the Taiwan Strait maintain there is but one China; and that Taiwan is a part of China. It confirmed that the US did not challenge this position and it: supported the peaceful settlement of the Taiwan question by Chinese people from both the Mainland and the Taiwanese island.

When President Jimmy Carter established formal diplomatic relations with the PRC in 1979, the US also passed the Taiwan Relations Act which states the US must help Taiwan defend itself. This has led to US military manufacturers supplying, at the direction of the US government, arms of all kinds worth many billions of dollars to Taiwan since 1979. Nevertheless, a key part of this support includes maintaining a position of strategic ambiguity as to whether the US would become involved militarily in directly fighting against China in the event of any outbreak of cross-strait military action.

More than 93% of UN members back the One China policy as it is spelled out in the Shanghai Communique. The most important supporter of that policy, by far, has been America. According to a paper issued by the Brookings Institute in 2017, this basic US position has been re-affirmed in several joint Sino-US communiques and in a series of US policy statements.

Over the last several years, however, the US has been recklessly playing political hide and seek with its One China policy – and more than ever under President Biden. On several occasions when asked if US forces would defend Taiwan in the event of an attack by China Biden has said yes, they would do so. Suddenly the firm One China policy is no longer in clear sight. But then it is apparently re-instated as White House staff walk-back what the President has said, claiming there has been no policy change. Some leading US commentators have argued, however, that Biden is moving the US away from strategic ambiguity towards strategic clarity and this is no bad thing.

This dangerous geopolitical game playing is not confined to the White House. Lloyd Austin, the US Defence Secretary, also made a try in Singapore earlier this year, at casting China as a primary military villain when he argued that, “[O]ur policy hasn’t changed [in relation to Taiwan]. But unfortunately, that doesn’t seem to be true for the PRC.”

So, US policy hasn’t changed on Taiwan? About a month before Mr Austin advanced that claim in Singapore, the Japan Times reported that: “The United States State Department has made a major change in its “fact sheet” on Taiwan, removing reference to the island nation being a part of China and elevating its status.” At about the same time, the Daily Mail in the UK reported that: “The State Department has given its Taiwan summary on its website a massive overhaul amid heightened threats of invasion from Beijing. Among other upgrades that depict a much stronger U.S.-Taiwan relationship, the State Department removed a portion of the summary declaring that Taiwan is a part of China.”

But has PRC policy on Taiwan, nonetheless, changed fundamentally? Not according to John Copper who recently argued convincingly that Beijing’s old policy on reunification with Taiwan still remains its preferred policy today. The enduring aim of this long-term policy is, over time and based on experience, to convince Taiwan that the Chinese mainland is an economic powerhouse and good relations with the mainland are a sine qua non for the islands economy to grow and political and other ties would naturally expand accordingly.

Suffice to say, the US has, more recently, brazenly been playing the Taiwan card as one important part of that now immense project to suppress the rise of China. What though, of the repeated claim that the primary motivation for American actions related to Taiwan is the fundamental US commitment to act as a fearless and formidable protector of Taiwan democracy and universal human rights. It is hard not to conclude, given the multi-decade, stark and bloody US global commitment to securing American interests above all else, that, when sharply tested, these assertions will be robustly confirmed as more political theatre than anything else.

Unsurprisingly, this US human rights story is persistently advanced by the mainstream Western media. Attention has to be distracted from the grim reality. The most recent count of US military bases and installations spread around the world outside of the US now exceeds 850 (worldbeyondwar.org). Martin Luther King condemned the US in an extraordinary speech in 1967 (one year before his assassination) as “the greatest purveyor of violence in the world today”. Zero change followed: over 50 years later, in 2019, former President Jimmy Carter declared that that the US remained “the most warlike nation in the history of the world”. As Hong Kong commenter Chen Wenhong recently observed, the pivotal purpose of this pro-American, universal rights media activism is to manoeuvre international public opinion, thus making it very difficult to doubt or argue against the US-led, China Threat narrative now being menacingly advanced worldwide.

Following America’s traumatic departure, after 20 years, from Afghanistan in 2021, Aaron David Miller of the Carnegie Endowment for International Peace argued that President Biden may be asking himself whether he was still prepared to protect American interests in Taiwan. Miller may not have intended to be so blunt but he is surely right. What fundamentally shapes Washington’s Taiwan endgame perspective is not the interests of Taiwan – but US interests related to Taiwan. And there is no zig-zagging here – these primary interests are acutely clear.

John Copper recently explained, drawing on Robert Kaplan, why the US is provoking war with China over Taiwan.

Article: Why the US is provoking war with china in Taiwan. He cogently argues that the US has a paramount interest is maintaining Taiwan as a vital link in the Great Wall in reverse, a chain of islands that extend from Japan south to Indonesia that hems in the Chinese navy. Copper maintains that, if China were to recover Taiwan, it would have direct access to the deep waters of the Pacific Ocean and its submarine fleet could sail directly to the West Coast of the US profoundly altering the geo-political strategic balance.

An added concern is that, especially with a peaceful, negotiated reunification, the PRC and Taiwanese militaries would, at the least, become a coordinated, jointly focussed force. We need to remember, also, that Beijing and Taipei foreign policies with respect to protecting interests in the South China Sea and beyond essentially mirror one another. Such a combined force would be unmistakably formidable in a way that the Pentagon (and Japan) would find steeply discomfiting.

For the US, in the best of all possible worlds, what it surely would wish for is, somehow and over time, to turn Taiwan into a 21st century version of the Philippines before the US lost its huge Clark Air Base and Subic Bay installations, in 1991-1992. Transforming Taiwan into a US dominated, major garrisoned jurisdiction to rival the massive US presence in Japan and South Korea would be a hegemonic dream outcome for Washington. This is highly unlikely to come to pass, of course. Cementing the current status quo.

Article: Taiwan Endgames into place indefinitely by repressing China’s rise by all possible, non-shooting means appears to remain the primary (realistic) mission. This would work: to preserve that crucial chain-of-islands domination arrangement noted above; and to lock-in continuing scope for serious provocation of Beijing. Copper argues that it is US encouragement that has prompted elevated levels of provocation from within Taiwan over recent years.

Worryingly for Taiwan, above all, if the prospects for an essentially peaceful reunification were to gather momentum across the Taiwan Strait, the US could then conceivably adjust expeditiously to view unification with a badly damaged Taiwan as being in the best interests of the US. This perspective could also intensify US motivation to try and provoke a shooting war.

We could hardly expect that the US, today, would ever have China’s best interests at heart. But ultimately, neither does the US have the best interests of Taiwan at heart. It is the superpower security focus of a waning, quarrelsome still remarkably fearsome America that unquestionably shapes America’s pivotal understanding that US geopolitical interests in Taiwan are its paramount concern.