At war, the US dollar is on the brink of collapse 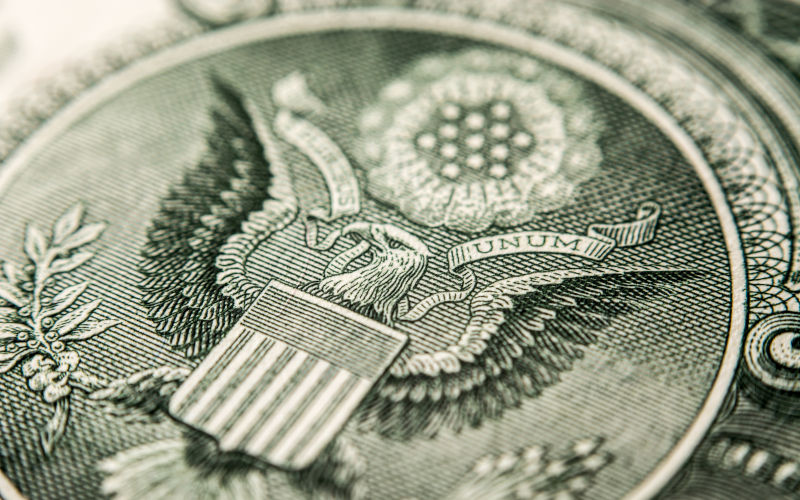 The US is at war, and the dollar is at risk of imminent collapse. Australia’s lobbying of the United States as a good ally should focus on these issues above all else.

I am aware that many readers will say oh dear, you must not talk like that. But it’s sensible to discuss the distance to the ground before we jump off the cliff. And a lot has already gone over the cliff.

In the narrow spectrum of security, focused on war and peace, the largest problems we cannot afford to ignore right now are as follows:

War elements are increasingly out of control, In Europe and elsewhere. Clausewitz was right, war drives out policy and pursues its own ends.

We are effectively in a world war and the barrier to nuclear exchange is perilously thin. I’ve written about this before, thus in 2022. Way back in 2003 in a letter to the Foreign Minister I set out the slippery slope comparable to the beginning of World War I on which we had embarked… a slow slow process but of comparable stupidity and consequence. It’s speeding up.

There is at present no trust basis for negotiations to avoid widening the war between the US and Russia.

There is a lemming-like rush to war with China on the part of American political leaders and a weird entanglement of Australia in that rush through our rhetoric and deployments, as addressed by Mike Gilligan, drawing on his background in systems analysis in the Australian Department of Defence.

The prime minister of Japan as chair of the G7 is going round the membership of the G7 beating war drums, when he is head of a government which only has a modest drum, no more, and he antagonises major powers as he builds his “wolf-whistle-diplomacy” as we might call it.

These things happen while the main theatre of conflict, Ukraine, is a mire of deception. [ All warfare is based on deception ]

And there is no element, in the body of nation states pitched into war now, that is desirous of peace.

These things happen while, apart from use of nuclear weapons, western powers are talking-talking far beyond their real military capabilities. As great weapons are brought out for show and boom, their owners appear more and more paper tigers.

This goes beyond deception into delusion and irrationality. Western munitions are depleted in just this early phase of war in Ukraine. Talk of sending main battle tanks and other complex systems to Ukraine sends me to check chapters 7 and 8 of the Book of Genesis where Noah took on board a comparably complex and incompatible collection of systems. Alas, no advice on maintenance and repairs can be found. More and more of this great trove of materiel provided to the war is likely to be destroyed or sold off.

US Treasury Secretary Yellen has now warned leaders of the administration and congress that the debt ceiling is about to be reached. The text of her letter is here. This has happened before, but never before in such a fragile situation as now suddenly exists in the House of Representatives under the Rules just adopted. A single member may now move for the position of the Speaker to be vacated. We have seen how a few have disrupted appointment of a speaker and to spend time again in turbulence without a speaker is a real possibility, but a great folly. Is the Congress interested in the government and survival of the United States? We should be alert to the worst of contingencies.

On the debt ceiling the Rules now state:

I find no clarification. It would seem that a new Rule XXVIII has yet to be written.

The showdown with the Tea Party in 2011 saw a downgrading of US Treasury paper. That has not been recovered.

The US government debt now exceeds $31 trillion. It is the ceiling imposed on that by the last Congress that is now being reached. The first emergency defence by Treasury is to sell government pension investments. Such measures may stave off crisis to mid-year. Fundamental crisis could see the US government fail to pay its debts. This is inconceivable to anyone sensibly wishing the survival of the US economy and US Dollar in the world. But in the present situation power is in the hands of people who do not understand the basics. US GDP is around $24 trillion. Budget expenditure in the last financial year was $6.2 trillion. Who will fix all this? It’s constantly a task deferred.

The problem for the US is that the shift now to multipolarity is moving a little more quickly and may see America’s problems dealt with, decided upon elsewhere, by others, for the first time in history. A sudden great weakening of the US$ can now be imagined. The consequences would spread far and wide. Power, control could be uncertain and disputed… a time when ‘statesmen’ in the West, to which we belong, have their heads down the barrels of guns.

Let us state as fact, not speculation, that war and financial crisis will be increasingly difficult to manage.

Australia’s lobbying of the United States as a good ally should focus on these broad issues.