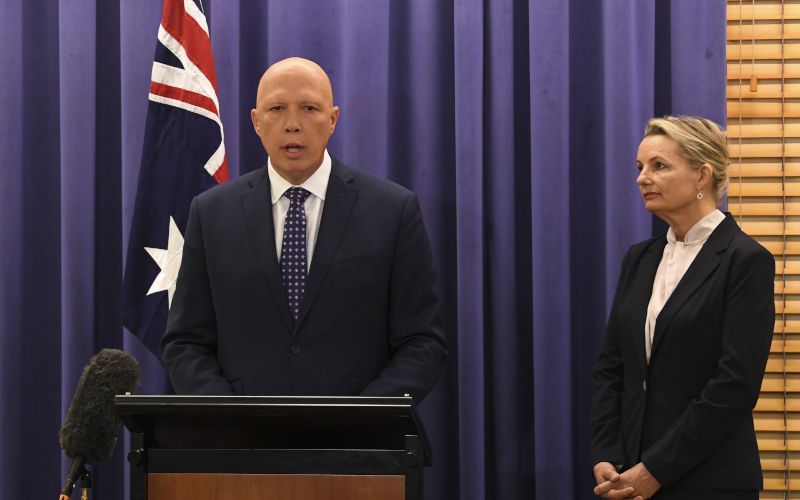 The new Albanese Labor Government is facing a host of difficult problems that will thoroughly test its capacity to govern, but politically it is in an enviable position enjoyed by none of its predecessors in the past half a century and more.

The problems include the state of the economy and the budget, inflation that threatens to soar out of control, increasing interest rates, a housing market that is predicted to go into decline but has outpaced the financial capacity of most first-home owners, together with crises in care for the elderly and the National Disability Insurance Scheme (NDIS).

Not to mention the need to review and reform defence policy, including re-equipping the navy’s surface and submarine fleets as well as major purchasing decisions of kit for the army and air force.

And of course there is the ongoing and seemingly worsening pestilence of Covid 19 in its various emanations that Australians now appear to be taking for granted but at some stage will demand attention and require action.

But top of the list is the cost of living. As Michael Keating wrote in Pearls and Irritations earlier this week, the government has inherited ‘a difficult economic situation … the Treasurer, Jim Chalmers, is surely right when he said that right now the Australian economy is experiencing a “perfect storm”.’ The problem being ‘the threat to living standards’.

On the other hand, Anthony Albanese has had one enormous stroke of luck, one that he owes to the ineptitude and the deviousness of his prime ministerial predecessor, Scott Morrison.

Morrison’s personal and policy failures in relation to bushfires, floods and the epidemic are legend. But there are two legacies in particular that are easing the pressures on the new Prime Minister.

Firstly, Morrison attacked the States over their various responses to the Covid crisis, and he lost. Their policies prevailed, and were backed by voters. Albanese, at least to begin with, has the States not merely onside, but effectively barracking for him. Sure, four of the mainland states are now governed by Labor, but it is NSW, the crucial fifth and most populous state under a Liberal Premier that has emerged as an unexpected cheer-leader for the new Labor Government in Canberra.

The newish NSW Premier Dominic Perrottet and his Treasurer Matt Kean have been willing helpers in the federal government’s efforts to contain the crisis in the energy market, they have echoed its policies to promote extended child care and produced a policy on assistance for first home owners almost identical to that the Labor Party revealed in its election campaign, a policy that had been attacked by Morrison.

The state budget is heavily in deficit to fund social initiatives that Labor would willingly put its name to and which one commentator, Ross Gittings in the Sydney Morning Herald, labelled ‘Australia’s first teal budget’.

On climate and energy policy Perrottet has formed an alliance with his Labor Victorian counterpart Daniel Andrews.

And significantly, Perrottet has been prepared to publicly criticise the policies on climate and energy adopted by the former Morrison Government. ‘The issue here,’ he said, ‘has been the ideological war when it comes to climate change and energy policy in this country, and that has led to a lack of private sector investment.’

That could have been taken straight from the speakers’ notes issued to Labor ministers during the election campaign.

It leaves the new federal Opposition leader, Peter Dutton, stuck with policies that are increasingly irrelevant, and rejected by some members of his own parliamentary party, though probably not a majority, who want them changed.

Indeed Dutton’s adherence to Morrison’s policies is making the Opposition generally increasingly irrelevant. The Prime Minister and his team are in the extraordinary position of being able effectively to ignore the Opposition and concern themselves only with what matters to the Greens and the teals.

The second bounty presented to Albanese from Morrison concerns the divisions within much of the Liberal Party over what are politely called factions but in realty revolve around the power accumulated by Pentacostals, particularly in NSW and WA, but also evident in Victoria.

Morrison’s blunt use of his leader’s pick privileges over pre-selections in NSW brought the issue to a head in that state, while the party’s failures in WA in both the state and federal elections will make the post-mortem there equally bloody.

And while the Liberals are battling among themselves, the Albanese government will be able to concentrate its attention on those very real problem areas it faces, many the consequence of its predecessor’s failures.