Do we continue down the pathway of privatisation of health by stealth? 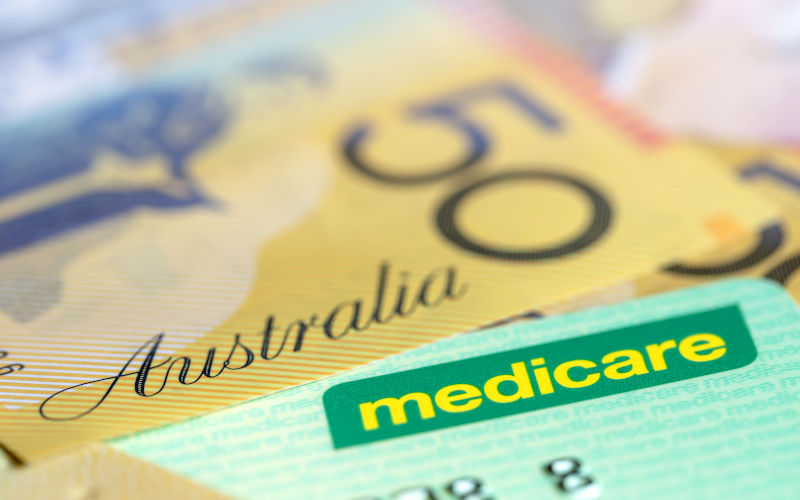 Loss of public funding for specific aspects of health care despite overall (public and private) increases in expenditure, as detailed recently by John Menadue, has already happened out of sight.

Marcus Aurelius is remembered both as a mighty Roman emperor and soldier and as a devotee and exponent of Stoic philosophy and ethics.

He ruled over a sprawling empire that required him often to go to war, especially with the Germans, committing acts of bravery some of which would qualify today as wars crimes. But he was also a man of virtue and compassion and left volumes of his meditations as legacy. He was torn between two personae – emperor and philosopher. But as a mentor said to him, ‘Even if you succeed in attaining to [great] … wisdom, yet against your will, you must put on the purple cloak [of emperor], not the philosopher’s tunic of course wool’. He would empathise with ministers for health.

The tone of Marcus’ Meditations, according to Robin Waterford, a British classical scholar, ‘is that of an aspirant, someone who urgently wants to do better and live as a philosopher but who is constantly thwarted by events and his own weaknesses.’ I think Marcus would not be unhappy if he were to inspect Australian Medicare. We have had to contend with many changes, but the equity and fairness values of Medicare remain. Yes, there are more bloody battles to be fought, but we need also to remember what the fundamental purposes of health care are for individuals and the nation.

As the Commonwealth Fund Report for 2021 says, “The top-performing countries overall are Norway, the Netherlands, and Australia. The United States ranks last overall. Four features distinguish top performing countries from the United States: 1) they provide for universal coverage and remove cost barriers; 2) they invest in primary care systems to ensure that high-value services are equitably available in all communities to all people; 3) they reduce administrative burdens that divert time, efforts, and spending from health improvement efforts; and 4) they invest in social services, especially for children and working-age adults.”

It is comparisons such as these that make assertions that we cannot afford Medicare and that we should privatise and become more like the US puzzling if not weird, especially given that the US system costs far more than what we pay per head for Australian Medicare.

The Conversation invited responses from readers about matters of concern at this election through its #SetTheAgenda and received over 10,000 responses predominantly from NSW and Victoria. Climate and the environment topped the poll and health, and aged care were much further down, despite commonly voiced worries and bad experiences.

Not much has been said about Medicare so far in the campaign. The word ‘Medicare’ did pop up in the first televised debate between Scott Morrison and Anthony Albanese. It led to discussion about whose idea Medicare was (Labor’s) and who made it work (the Coalition). That was it. In fact, there are several ‘coathangers’ on which matters about Medicare deserving comment could be arrayed.

Labor has proposed 50 Medicare Urgent Care Clinics that will cater for patients with strains and fractures to take pressure off hospital emergency departments (EDs) – something of a reprise of the $400million GP Superclinics of 2007 and 2009 that were designed to last 20 years but which received mixed reviews from the National Audit Office and did not fulfil their purpose and by 2014 had all but disappeared.

Perhaps the new clinics might choose to avoid the complexities faced by the Superclinics of the 70s by not providing non-acute care for older patients with multiple, chronic conditions who are often socially-disadvantaged and who in crisis use the ED as a last resort. These people put a lot of pressure on EDs. Their visit to the ED may have been prevented by linked-up, socially-comprehensive and integrated care, including timely general practice, a form of service delivery that has yet to reach maturity in Australia. That may be a better investment than more clinics.

Co-payments on prescribed pharmaceuticals are set to fall whichever contestant wins. We know that high prescription drug costs lead poorer patients quite frequently to not get the script filled.

Progressively rising costs to the patient of prescriptions is one of the several parts of ‘privatisation by stealth’ of Medicare, a phenomenon that John Menadue drew attention to in detail recently. The regression caused by privatisation (back to pre-Medicare days) infringes the basic concept of Medicare – making essential care publicly funded and available to all on the basis of need, not ability to pay.

Also, the privatisation of much surgery has occurred steadily over the past decades, and like dental care, has meant that those who cannot afford to pay delay or entirely miss out on care. This would be a courageous topic for an election comment but it is vitally important. If not discussed now, it should be on the agenda for whichever political party comes to power.

Labor has also said that if elected it will make recruitment of doctors and other health staff easier for regional communities. This is a worthy aim that will require additional investment to create the necessary incentives.

Labor’s proposal to establish a national Centre for Disease Control to coordinate our response to future pandemics may, post-COVID, receive more favourable treatment by the professional groups likely to be affected by it than it has when it has been considered previously. We can hope.

We hear of the distress of patients in the regions having to relocate to larger centres for treatment for cancer. It would be good to know what the political parties think might be done to make this distressing reality more bearable. The cost would not be great, especially when compared with other proposed expenditures.

With increasing sophistication of many treatments for cancer (as an example) we must accept that their use will require centralised, sophisticated equipment and highly skilled staff. So, the answer lies in better, coordinated care for patients coming from out of town, including travel arrangements, psychological support, accommodation, and advocacy.

Surveys of voters show how concerned we are about climate change and cost of living, but health care costs are also worrying many, as they find they are paying higher co-payments for surgery.

Medicare, like universal health care arrangements in Canada and the Scandinavian countries, and for American veterans and older citizens, was built on the assumption that illness and injury are capricious and largely beyond the control of the individual. You may be lucky and remain well or you may be unlucky and develop a major health problem or have an accident quite out of the blue. Double jeopardy applies when a citizen is not only sick or injured, but then may be financially disadvantaged if he or she then needs to pay for care. This occurs in extreme form in other countries such as the US where health care costs are among the top causes of bankruptcy.

Even in Australia we now hear of people who have cashed in their super or used their savings to pay for care because it was not available through the publicly funded system. We have heard it said ‘we cannot as a nation afford to meet all these costs’. This is a piece of pure nonsense: we can afford whatever we want to afford as we are the masters of national debt and expenditure, as we saw in the pandemic or the AUKAS submarine proposals.

If we choose not to afford universal care, or continue down the pathway of privatisation by stealth, then we should say so and allow the voters to decide whether that is an ethically acceptable position. Loss of public funding for specific aspects of health care despite overall (public and private) increases in expenditure, as detailed recently by John Menadue, has already happened out of sight.

Medicare has existed since 1984. It is an important, though not exclusive, part of paying for health care. Huge changes and spectacular progress – think scans, IVF, new generation cancer drugs, improved surgical and anaesthetic techniques, telehealth, IT, robotics, and artificial intelligence – have arrived on the scene since.

Both Labor and the Coalition, rather than committing now only to fragmentary budget allocations, might consider a proposal to look long and hard at the challenge of paying for and organising health care after the election that both honours the concern for universal, unimpeded access to health care and improvements in productivity. It would require a large round table. A priority would be to consider how we pay for health and the inappropriateness of fee-for-service remuneration for anything other than acute, minor illnesses.

This would be a bold undertaking because of the magnitude of health care financing and the myriad vested interests. But as Marcus found from time to time, it IS possible to be an ethical boss of the empire and do good deeds for the people. You need to remember the important ethical foundations – and carry a sharp sword.