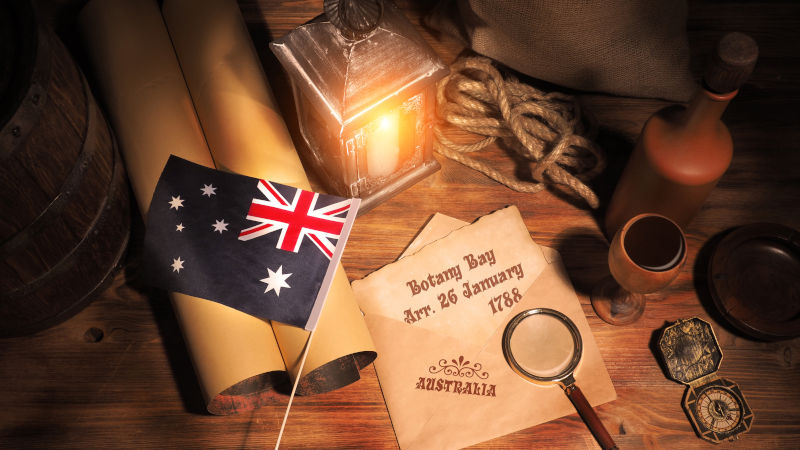 In noting that debate about Australia Day began early this year, Henry Reynolds has made a very strong case for not celebrating on that day. That case is well made, however, the simple problem remains that 26 January 1788 remains the single most significant day in Australian history.

It is the day from which everything changed for the inhabitants of the continent and its surrounding islands. As Inga Clendinnen describes well in Dancing with Strangers, the local inhabitants were perplexed by the violence the new arrivals displayed to their own people. Having shared their resources, notably the aquatic food sources, the locals were surprised that the new arrivals didn’t share theirs.

The devastating effects of diseases, battles and massacres took more time to unfold. NSW Premier Dominic Perrottet claims “for all our flaws…we have so much to be grateful and proud of, and a right to feel hopeful and optimistic for the future.” This is true only if you are not descended from the original inhabitants. That indigenous Australians today don’t share equally in the supposed benefits of nearly a quarter of a millennium of development makes this claim hollow.

Reynolds also rightly notes that our strong vibrant democracy has almost developed despite the influence of the British, not because of it. The colony’s survival was threatened by the bungling in planning the Second Fleet (all prisoners, few supplies).

However, the case is sometimes made too strongly. As one example, Britain in 1788 was engaged in the slave trade but was determined there would be no slavery in Australia. If one uses the narrow definition of slavery that includes the concept of a property right in the slave, and that one was born into slavery, then that outcome was correct.

Whether the country needs a “national day” is the first question to resolve. Some can use an unadorned celebration of monarchy, like the UK and the restyled Empire Day now called the King’s Birthday. Others can celebrate monumental events to overthrow monarchs or cut shackles with empires, such as France, India and the USA. But the nomenclature isn’t <country name> Day.

Australia’s problem is that there is no day where we either started to rebel or succeeded in untangling ourselves from Britain. Despite all the work of a written Constitution, the Statute of Westminster and the Australia Act, our national honours system is still implemented by the anachronistic concept of “letters patent” issued by the monarch. Suggested dates of the start of Federation (1 January), the first sitting of Federal Parliament (9 May) or ANZAC day (25 April) all fall short, and two are already holidays. To these could be added the proclamation of the Constitution (17 September), Macquarie’s recommendation to the Admiralty that Flinders’ name “Australia” be used for the continent (12 December) or the first time Australia was signatory to an international treaty (Treaty of Versailles, 28 June).

But these dates are artificial. They are anniversaries of events with far less significance than the establishment by Arthur Phillip of his prison colony at Sydney Cove in Port Jackson.

The issue to be resolved is to recognise that, like ANZAC Day, 26 January should be one of commemoration not celebration. It should also be given the name that reflects what it remembers; call it First Fleet Day, a simple accurate description.

We are slowly developing a structure for the day’s commemoration. The morning program should be entirely about commemorating Indigenous Australians, their many cultures and the terrible consequences (intended and unintended) of the British arrival.

The afternoon should be a celebration of all the people who have arrived in the country since, and the citizenship (a concept that only dates from the 1940s) ceremonies should only happen after lunch. And in the evening it is fine to party, to focus on the future and the hope that it is a prosperous, inclusive future.

As an historian, Reynolds must at least appreciate the intense focus on history that the controversy over Australia Day brings. Keeping the date but changing the name would amplify the historical discussions, but temper the triumphalism. Some time in the future we might find another day to celebrate, Republic Day, but let’s just not have anything called “Australia Day”.