If I were the Minister for Health 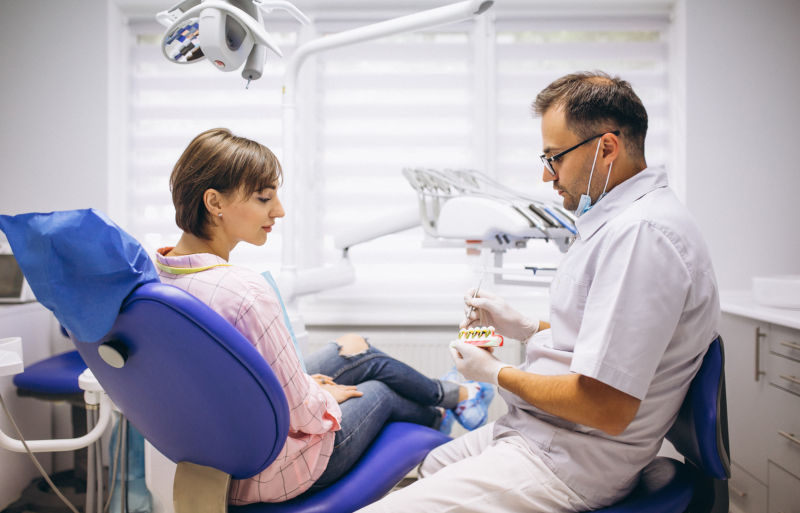 There are not just financial reasons for the incremental and targeted introduction of Denticare. Image: PXhere

I would progressively wind back and eliminate the $14b pa taxpayer subsidy for Private Health Insurance and use that very large sum to fund the inclusion of dental care within Medicare and increase the funding to the states for expanded specialist services in outpatient clinics at public hospitals.

The inequity and inefficiency of Private Health Insurance

The $14 billion a year subsidy is a subsidy for the well off. But the ALP does not seem to care yet it prides itself that it was the founder of Medibank. It is time it does some serious thinking about what it has inherited. Today the ALP is living off the capital that Whitlam and Hawke built. It does not seem to understand that John Howard introduced this taxpayer subsidy for PHI in 1999 as a sneaky way to undermine Medicare.

The subsidy includes the rebate and the loss to tax revenue through tax incentives for high-income earners to take out private health insurance. It is middle-class welfare writ large.

If people want private health insurance, that is their right, but there is no reason taxpayers should pay $14 billion a year to subsidise the socially divisive and nationally damaging private insurance boondoggle. It deliberately undermines the key principle of Medicare, universality for all.

PHI is a lame duck industry propped up with taxpayers’ money. As Ross Gittins has said: ‘it is a con’. It does not deliver any health services. At great cost it churns money, including taxpayers’ money, for the benefit of private hospitals , private specialists and better off people.

The damage it causes increases every year. Many PHI policies are ‘junk’, hard to follow, with surprising ‘exemptions’ and all sorts of gimmicks to try to attract new customers.

Whitlam established Medicare in 1974 to tackle the same sort of mess we find with PHI today. The Nimmo Report at that time described the waste, inefficiency and unfairness of PHI. It is the same old mess today.

In addition to high costs the parasitic PHI system has other damaging consequences and risks:

The future of Medicare is at stake, but the ALP, the proud founder of Medibank/Medicare, doesn’t seem to appreciate it. At least the Liberal Party looks after its own. Private hospital owners such as Ramsay Healthcare, which profit from PHI, are large donors to the Liberal Party.

Including Dental Care within Medicare

In 1974, the Whitlam Government decided to exclude dental care from Medicare for two reasons. The first was cost. The second was political. Whitlam felt that combatting the doctors would be hard enough without having to combat dentists as well. Forty- eight years later, with Australia much richer and the proven success of Medicare, it is now time for dental care to be progressively included in Medicare.

Given the mess and high cost of PHI it is not surprising that an Essential Report found that Australians believe their money would be better spent in a Medicare Dental Scheme.

The results are from Essential Report polling published on 27 February 2018 – the latest polling I can find- showed that respondents believed that public money would be better spent on dental care rather than PHI. Respondents were asked:

Some 48% supported abolishing the private health insurance subsidy and using the money to include dental care within Medicare; 32% were opposed.

We see the results of excluding dental care from Medicare

The situation is worsening.

In Pearls and Irritations on March 21, 2022, Lesley Russell and Heiko Spallek said that ‘it’s time’ for dental care. The Grattan Institute calculates that a Denticare scheme would cost an extra $5.6b a year

There are not just financial reasons for the incremental and targeted introduction of Denticare. There is a shortage of dentists. Importantly Denticare should not remunerate dentists with Fee For Service as is the case with GP’s. FFS has perverse financial incentives. Dentists and doctors should be remunerated to keep people healthy and not reward them when they are sick. Denticare should pay dentists on a per capita/salary basis

The Greens have announced universal access to free dental care at a cost of $77.6b over 10 years. The ALP says it is committed to a long term goal of expanding medicare to dental care but with no time frame.

Another failure of modern day Medicare is the high cost and waiting time for private specialist services. In Pearls and Irritations on 16 May 2022, Professor Graeme Stewart put the problem of specialist services and a possible solution this way. “Increasingly, medical specialists are becoming the doctors rich people have.

How has this happened? Fees at the start of Medicare (then called Medibank) were set at a level that was agreed as reasonable by both government and the profession. Governments failed over the years to increase rebates in line with medical inflation; they are estimated to be now about half of what they would’ve been if the original agreement had been maintained. Procedures are still reasonably remunerated but a specialist relying solely on consultation fees would pay for staff, practice costs and little else if charging without gap. This has worsened progressively over the years in parallel with a decline in access to a public hospital clinic.

That’s not to say all specialists charge reasonable gaps since many do not. Competition from a public hospital clinic would help to drive down excessive charges.

With 50%(hospital funding by the Commonwealth).. many more outpatient clinics should be mandated in our great public hospitals. This requires the construction of more consulting rooms and doctors willing to see patients there without fee gap. Many young specialists would value a fractional appointment to a teaching hospital in order to continue an involvement with their remarkable institution and to give back to the system that trained them.

Apart from ensuring timely access to expert care, there are many more advantages from increased funding to hospital clinics. The increasing complexity in diagnosis and treatment of many serious diseases mandates the need for better models of care including highly specialised clinics and multidisciplinary services the latter including specialist nurses as chronic and complex care coordinators (eg as funded by the McGrath Foundation for breast cancer).

Out-patient clinics also play an essential role in clinical research, in teaching medical students, and in training the next generation of specialists.”

The Whitlam government established Medibank/Medicare 48 years ago. The Hawke government revived and revised it 39 years ago. It’s time for it to be updated and modernised. It has proved it’s value, but some major changes are necessary, including coverage of dental care and specialist services.

As with the establishment of Medibank/Medicare, there will be strong political opposition to any significant change which might upset the providers. The key political issue is to go over the heads of the powerful providers, such as doctors, dentists, pharmacists, private hospitals and private health insurance companies – and win the debate with the community. The community is seldom consulted about its interests and needs in healthcare. Invariably the ‘debate’ is dominated by the loud and powerful voices of providers.

Anthony Albanese and Mark Butler the Shadow Minister Minister for Health and Ageing have announced that in government they would establish a Strengthening Medicare Task Force. The Strengthening Medicare Taskforce would be chaired by the Minister for Health, bringing together Australia’s health policy leaders, including the Australian Medical Association, the Royal Australian College of General Practitioners, the Australian College of Rural and Remote Medicine, the Consumer Health Forum, and the National Aboriginal Controlled Community Health Organisation. Labor will finalise the full membership of the Taskforce in government, including representatives from nursing and allied health.

That is encouraging particularly with the Minister as Chair, but a word of warning. The Rudd Government established A Hospitals and Health Health Reform Commission that was chaired by a senior executive of a major PHI company. It was stacked with representatives of powerful providers like the AMA . Not surprisingly the Commission went nowhere. It was a waste of money and time.

Medicare was designed to promote the health of the community/patients. But almost always the community interest is pushed aside and the powerful providers/lobbyists win the day. Will it happen again if the ALP wins on May 21. Doctors will need to be on the Task Force along with strong community people. But the doctors should not be representatives of the AMA which incidentally has less than 30% of doctors as members.

Aneurin Bevan who launched the UK NHS in 1946, in my view the best health service in the world, knew a few things about health but more importantly, he knew much more about political power and how to exercise it in the public interest. He drew on the strong support of the community, a minority of doctors and the majority of nurses. He won the day by outflanking the main body of doctors.

In Australia, in recent decades there have been numerous sensible proposals for health reform but in their self interest providers have invariably run them off the road. The public interest has been ignored time and time again.

If the ALP is successful on May 21 there is one word Mark Butler should have uppermost in his mind-POWER.

Find more articles in our If I were minister series on a range of portfolios.