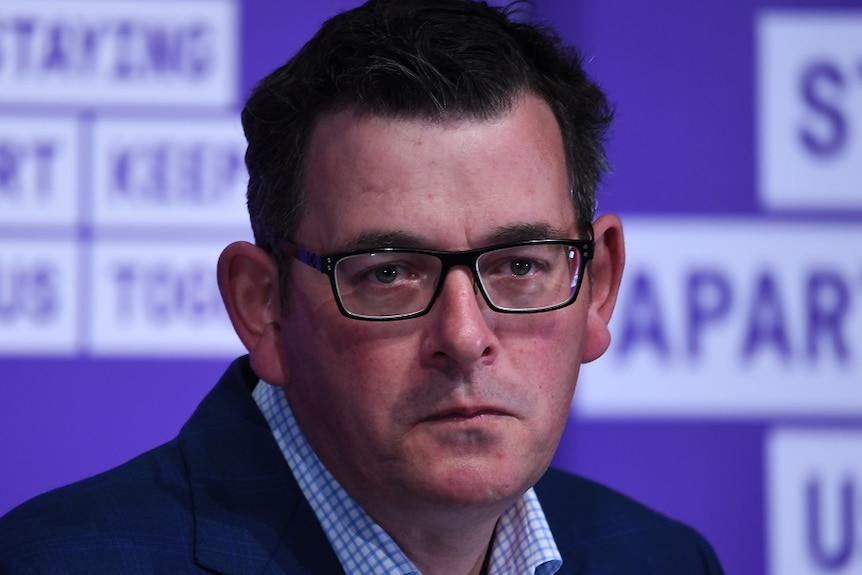 The Victorian Liberal Opposition has been clutching at straws for some time – witness their landslide loss at the last election – but now they are now sinking into desperate measures with this latest attack on Premier Daniel Andrews.

Premier Daniel Andrews has been off work after damaging his spine in an accident at a holiday home. As with much politics these days the accident has unleashed a barrage of  conspiracy theories and rumours disseminated by word of mouth and social media.

Now the Shadow Treasurer, Louise Staley has sought to weaponise the rumours by publicly demanding the answers to 12 questions. The questions are carefully framed in a way to draw attention to the  rumours.

There is, however, one variation on the usual approach in Staley’s demand that Andrews pay back any money he has earned as Premier while on sick leave (“because he is not doing the job”), although Staley was silent on various Federal Liberal Ministers who temporarily stepped down from their posts. The ploy has all the usual characteristics of a smear campaign. First, you make unfounded allegations, then you demand ‘answers’ to your claims. This is normally a general call for answers, although sometimes specific questions hint at an intended conspiracy theory as do those raised by Staley.

Then, as Staley’s leader the hapless Michael O’Brien did, you chime in with the cry that if there is nothing wrong why aren’t you answering the questions? One element of this affair is that Staley’s actions have been so crude and beyond the norm that they have generated deep and sincere rage and disgust in Labor ranks. These days most outrage is synthetic – but not in this case.

There is of course nothing new, despite Donald Trump making it seem there is, in conspiracy theories like these. Richard J. Evans in his ‘The Hitler Conspiracies’ ranges over the Protocols of Zion; the stab in the back theory; the Reichstag fire; why Hess flew to Britain; and did Hitler escape the bunker. If you think you are familiar with the theories read the book and see the extent to which Evans explores the astonishing and contradictory versions of them all.

The period before and during the French Revolution was a peak period for conspiracy theories and salacious claims. Robert Darnton’s work, ‘The Literary Underground of the Old Regime’, recounts theories and claims which make Trump and Staley look like pikers – although not in the French revolutionary sense.

Lindsay Porter’s ‘Popular Rumours in Revolutionary Paris’ extends Darnton’s work into the revolutionary period itself as she examines a range of pornographic propaganda particularly about Marie Antoinette. In the post- Revolutionary period, the most famous rumour was regarding the purported survival of the Dauphin although there was never a specific candidate for the role as with Anastasia.

This is not to deny that there have been real conspiracies – successful and unsuccessful. We marked for years one of the real ones – Guy Fawkes night – although it is doubtful that all participants knew precisely what the day was about. But it was the French revolutionary rumours which are most appropriate to us today. They were dubbed ‘libelles’.