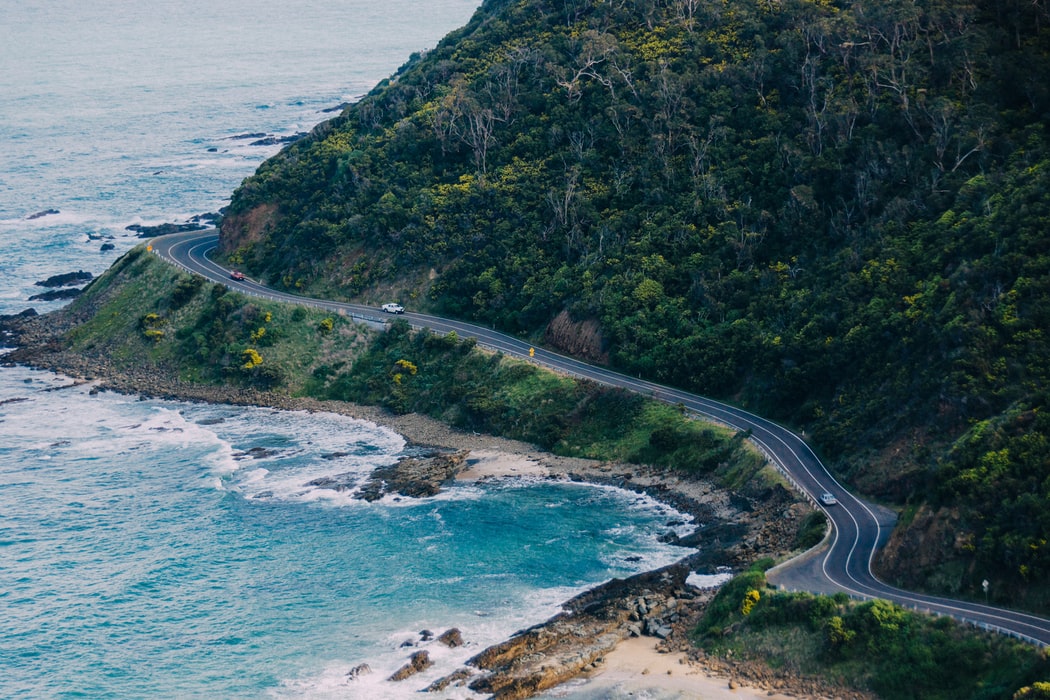 Ten to 20 million years ago, the Southern Ocean and its ferocious winds sculpted the iconic limestone cliffs and caves that frame the rugged beauty of Victoria’s Great Ocean Road.

And for eons, up to White Settlement, the area was a food bowl for the Kirrae-Wurrong people. Now a national icon, the Road itself was built by returned World War One servicemen between 1918 and 1922. It is a permanent memorial to those who died in that war and the largest World War One memorial in the world.

Once appreciated mainly by locals, this dramatic and awe-inspiring landscape is now loved not only by the wider Australian community but also by many beyond our shores who have toured it. None, however, are more passionate about it than those with strong personal connections to the area who have watched its transformation from a quiet backwater into an international travel destination.

But there is more, much more to this area than those spectacular limestone formations. At a G7 Summit in June 2021, Australia joined an international coalition of countries forging a new global agreement to conserve 30% of the world’s land and sea in order to halt the loss of biodiversity. At the Summit, Prime Minister Scott Morrison claimed that “Australia is a frontrunner when it comes to taking action to conserve our biodiversity“. 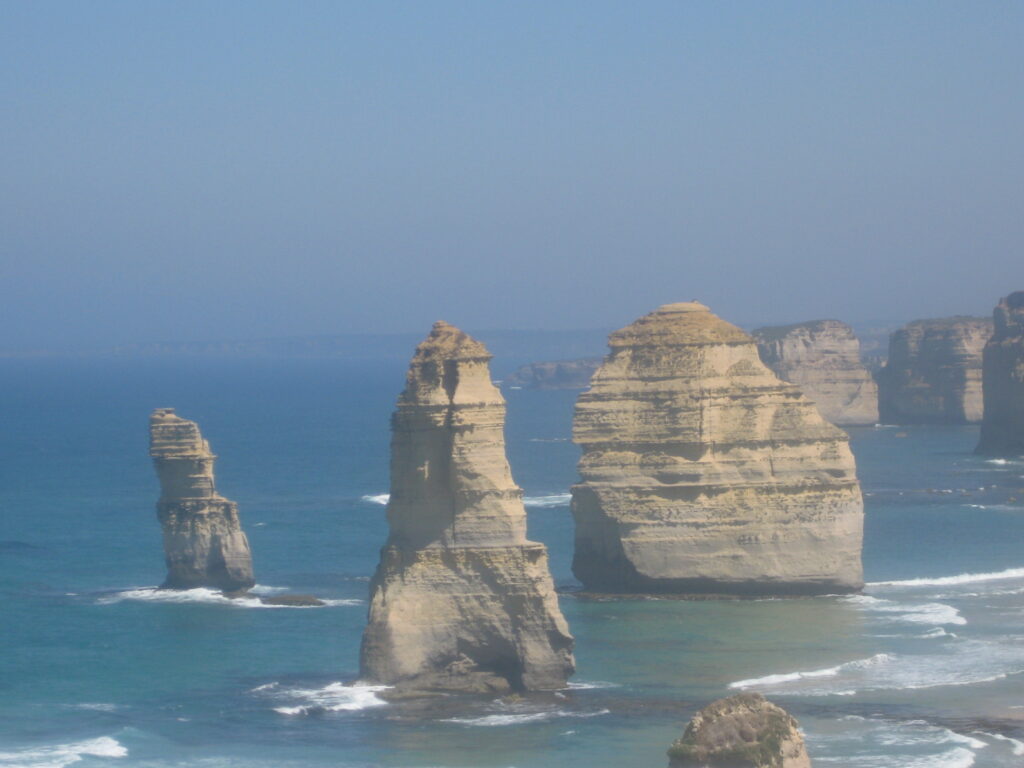 If only this statement aligned with the reality of what is happening to the sensitive wetlands along the Great Ocean Road! Ecosystems critical to our cultural heritage, biodiversity and protection of native flora and fauna are under threat from Torquay to Peterborough, and all the way to Port Fairy and beyond.

In addition to high level talks such as the G7 summit, a score of international agreements, national legislations, state policy and local government regulations are designed to protect Australian biodiversity. They obligate Australia to take special protective measures as appropriate to preserve, enhance, and prevent damage to the birdlife habitats protected under their provisions.

Despite this, at the south western end of our world renowned tourist road and just a stone’s throw from the picture-postcard famous Twelve Apostles, small communities are fighting ecological David and Goliath battles on several fronts.

Near the tiny hamlet of Princetown on the Gellibrand River estuary, the nationally recognised Princetown wetland is critical habitat for a number of rare and threatened species. These include the Australian grayling, Australasian bittern, growling grass frog, swamp antechinus and southern bent-wing bat.

The nearby Curdies River Estuary, adjacent to the small hamlet of Peterborough, is also a crucial birdlife habitat. It is the largest estuary west of The Otways Ranges, part of a network of 25 salt-wedge estuaries in western and central Victoria. Recognised as ecosystems of high ecological value, these estuaries are increasingly under threat. They contribute high levels of productivity to coastal and nearshore marine environments. Furthermore, they provide important refuge, nursery or breeding habitat for a wide range of invertebrates, fish and birds.

At a local government level, the Princetown wetlands and the Curdies River Estuary are managed by by the Corangamite Shire Council. On paper, its policies and provisions, designed to protect and enhance local natural assets, appear to tick all the boxes. The council’s vision, for example, emphasises the significance of integrated coastal management. The protection of natural processes, visual qualities and environmental values of the coast is highlighted.  Also emphasised is the sustainable management and protection of natural resources of soil, water, flora, fauna and
eco-systems.

How recent decisions made by the Corangamite council fit within these policies and provisions is questionable. The permit recently granted to development company Montarosa to proceed with a major development adjacent to the Princetown wetlands habitat is a case in point. Not only is this proposed development sited on a floodplain, it is adjacent to the Great Otway National Park, and will potentially reduce and limit the wetland habitat.

On the ground, the Princetown Wetland and Estuary Preservation Group has mobilised to raise public awareness of the potential impact of the development on native flora and fauna and the management of the estuary. As this site is on land that is part of a floodplain, we must presume the developers have plans to render it safe. Drainage and earthworks that will effectively destroy the wetlands around the development are, presumably, part of their plans.

Further west along the Great Ocean Road, Peterborough, (permanent population just 247) is located on the western bank of the Curdies River inlet. The quiet undeveloped eastern bank of this estuary is zoned for ‘rural conservation’. It is a haven for local and migratory birds with 21 species listed with the Environment Protection and Biodiversity Conservation Act as either critically endangered, endangered or vulnerable. 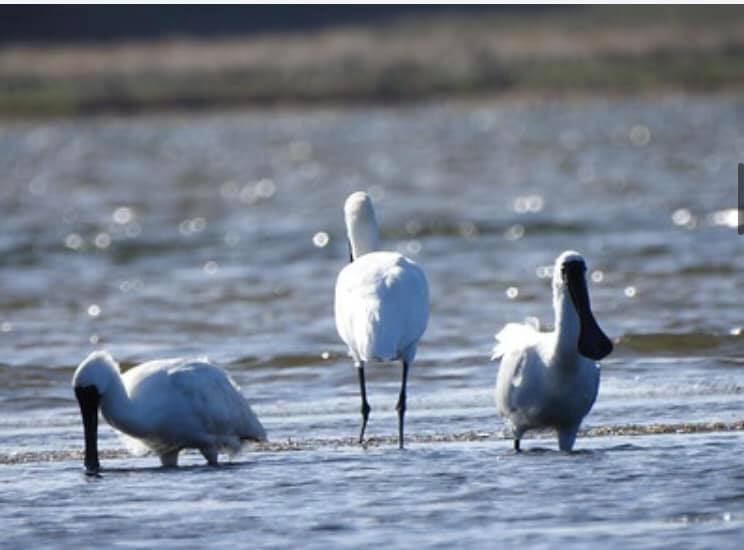 But it is arguable how long it will remain this way, following the Corangamite council’s March 2021 approval of a development application by Singaporean company Tiny Away. This approval gives the green light to the construction of a 30 trailer-cabin accommodation business venture, right next to the estuary.   It is hard to see how the present ecological values of the area can be maintained and protected when one considers the 37 car parks, roads, utility and reception buildings, removal of native vegetation, installation of artificial lighting and a new sewerage pipeline essential for the accommodation.

Members of the local community at Peterborough are fighting this commercial development approved for construction in a location rich in biodiversity and supposedly protected by international agreements, national legislation, State policy and local government regulations.

During the recent statutory process, 114 objections to the proposal outlined not opposition to the tourism accommodation but rather to the proposed location. Sadly, these concerned citizens gained the distinct impression that the local government staff and councillors had made up their minds well before the statutory process was complete. Those objecting to the development felt as though their concerns were disregarded, and were dismayed that during the statutory process, not one councillor objected to the application or asked even one question. Nor did the councillors appear to grasp the significance of the rural conservation zoning, the federal Environment Protection and Biodiversity Conservation (EPBC) Act, and the significant number of objections from their constituents and the wider community.

Councillors appeared to make the final decision informed by pre-written notes and none gave any credence to the key purposes of rural conservation zoning; at its most basic, a matter of law. The EPBC Act clearly lists estuary and endangered bird and fish species. International agreements also protect, or are designed to protect, threatened and endangered migratory birds and their habitats. Furthermore, the focus of the planner’s report (exclusively on the subject land), failed to acknowledge the fact that the zoning is designed to protect both the immediate and surrounding area. As a consequence, scant consideration was given to the impact of the development on the fauna and the estuary.

There is a potential win-win outcome here which, regrettably, does not appear to have been recognised by the Corangamite council. A rejection of a proposed commercial development on land zoned for rural conservation would not necessarily preclude the Tiny Away company from purchasing land and constructing an accommodation park within the established town boundaries. The outcome? Support for visiting tourists exploring the hinterland and for businesses throughout the shire. 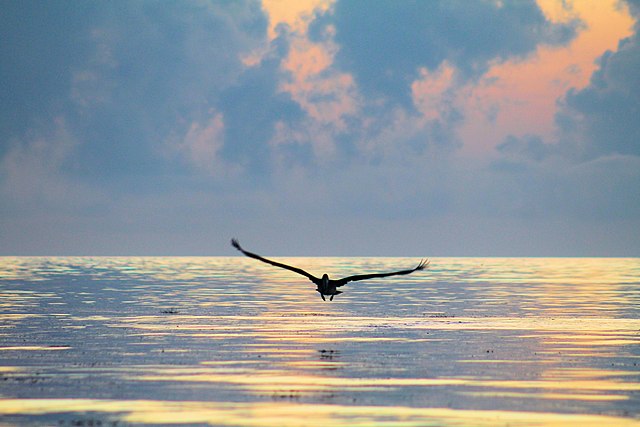 In lockstep with the work of the Princetown Wetlands and Estuary Preservation Group, the Sustainable Peterborough Alliance is campaigning to mount a legal challenge to the commercial development approval, to be heard by the Victorian Civil and Administrative Tribunal (VCAT). Such planning decision appeals realistically come at a considerable personal and financial cost to concerned citizens. However, only at jurisdictions like VCAT can there be proper interrogation of the facts, an examination of the gaps in the application, and an analysis of the Corangamite council’s planning response. A VCAT hearing will also enable an independent analysis of the approval’s consistency with international, national, State and local agreements, legislation and regulations, giving appropriate weight to the rich environmental values of the Curdies estuary.

We ask the broader Australian community to get behind these Victorian grassroots groups fighting on the ground to protect your amazing natural heritage. The Princetown Wetlands and Estuary Preservation Group can be contacted via its website here. Donations to the alliance’s legal challenge can be made here.

Follow the Save Curdies/Sustainable Peterborough Alliance here and on Twitter and Instagram at @savecurdies. The landscape, environment, and flora and fauna of the Great Ocean Road area, millions of years in the making, deserves all our support. 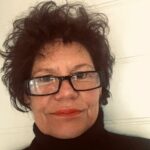 Christine is a teacher and an active member of the Sustainable Peterborough Alliance. The SPA was formed to raise awareness and funds and object to inappropriate commercial development on rural conservation land abutting the Curdies estuary, and to conserve and enhance the estuary into the future. 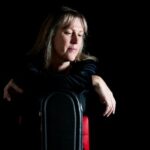 Michelle Nelson is a Melbourne-based musician. Her extended family has five generations of connection to Victoria's south-west region, the three most recent sharing many happy memories of regular family holidays at Peterborough.