Rupert falls out with Jerry and Donald 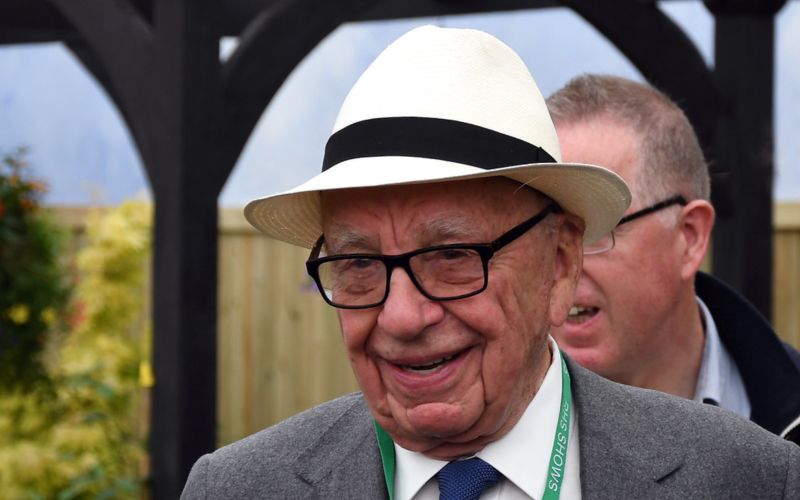 In the space of a few weeks Rupert Murdoch has dumped both Jerry Hall and Donald Trump. One dumped for threatening to cost him money and one because he can no longer deliver Rupert’s other love-power.

The first sign of this was the New York Post editorial comment published on 22 July 2022. The Post is famous (infamous) among tabloids for its headlines and approach. Headlines such as Headless Body Found in Topless Bar make it the quintessential traditional tabloid and puts even the UK Sun and similar into the shade.

The Post is not so famous for historically significant editorials – at least not until now.

Just as Rupert intervened on Presidential election night to authorise Fox to call the election for Biden now he has called the effective end of Trump’s presidential hopes.

The Post’s editorial said: “As his followers stormed the Capitol, calling for his vice president to be hanged, President Donald Trump sat in his private dining room, watching TV, doing nothing.

“There has been much debate over whether Trump’s rally speech on Jan. 6, 2021, constituted ‘incitement.’ That’s somewhat of a red herring. What matters more — and has become crystal clear in recent days — is that Trump didn’t lift a finger to stop the violence that followed.

“And he was the only person who could stop what was happening. He was the only one the crowd was listening to. It was incitement by silence.

“Trump only wanted one thing during that infamous afternoon: to pressure Vice President Mike Pence to decertify the election of Joe Biden.

“He thought the violence of his loyal followers would make Pence crack, or delay the vote altogether.

“To his eternal shame, as appalled aides implored him to publicly call on his followers to go home, he instead further fanned the flames by tweeting: ‘Mike Pence didn’t have the courage to do what should have been done to protect our Country and our Constitution.’

“His only focus was to find any means — damn the consequences — to block the peaceful transfer of power.

“There is no other explanation, just as there is no defence, for his refusal to stop the violence.

“It’s up to the Justice Department to decide if this is a crime. But as a matter of principle, as a matter of character, Trump has proven himself unworthy to be this country’s chief executive again.”

A day later the Wall Street Journal came to the divorce party editorialising That: “Mr. Trump took an oath to defend the Constitution, and he had a duty as Commander in Chief to protect the Capitol from a mob attacking it in his name. He refused. He didn’t call the military to send help. He didn’t call [then-Vice President Mike Pence] to check on the safety of his loyal VP. Instead he fed the mob’s anger and let the riot play out.”

“Character is revealed in a crisis, and Mr. Pence passed his Jan. 6 trial. Mr. Trump utterly failed his,”

Not that The Journal’s editorial board was siding entirely with the committee. It argued its investigation “lacks political balance” and was “trying to make a criminal case that might be hard to prove and might tear the country apart.”

All in all it also prompts the question: Who said Rupert didn’t exercise influence over his media outlets?

It looks increasingly like Trump will face criminal charges and that the Post – which was complicit in his pre-presidential career promotional efforts to portray himself as very rich and very successful – might no longer be cutting him any slack.

What it means for the Republicans and Fox News is another matter. Some Republicans are threatening a new committee if they, as likely, win back to the House in the midterm elections to inquire into something or other. Other are suggesting charges against Trump will lead to deep divisions in the country and probably violence.

That prompts another question: Could US divisions and violence could get even worse?