Is the Solomon Islands an Australian colony? 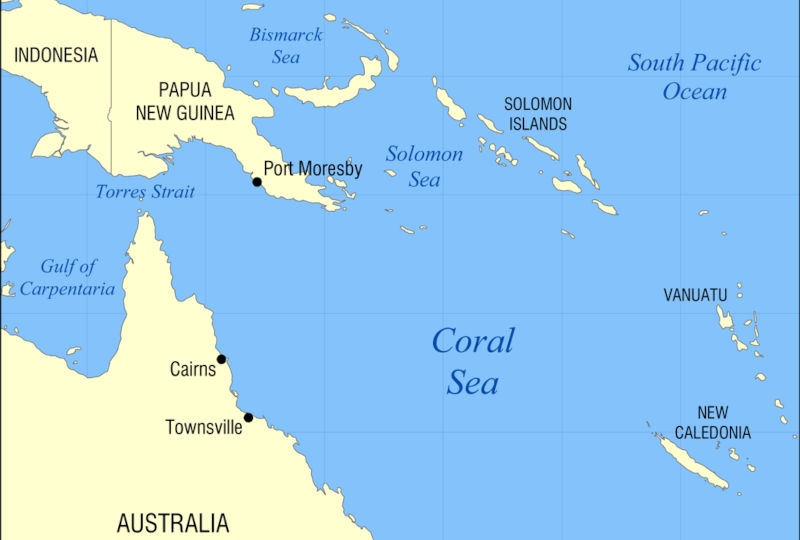 Geopolitically, we have been behaving like a clone of the United States. Image: Wikimedia Commons

By the end of the 19th century, the Western Nations and Japan managed to carve up most of the world into colonies among themselves. While that was no longer possible after World War II, a new strategy for domination, euphemistically called “spheres of influence”, has replaced colonialism with largely similar but more subtle outcomes.

The most telling of examples is the furore spawned by the recent accord between China and the Solomon Islands. It is almost risible that pictures of two heads of sovereign states shaking hands or inspecting a guard of honour can generate such a negative response; albeit that Australia sent arms to Ukraine to protect its sovereignty and by implication its right to choose its friends and alliances.

My opening sentence explains why such an act of friendship can cause such rancor in Australia. Geopolitically, we have been behaving like a clone of the United States. The the attitude of the US in its dealings with the rest of the word is best illustrated by the following quote from Noam Chomsky’s in a book titled “On Power and Ideology” (1987): “The first principle is that the US foreign policy is designed to create and maintain an international order in which US-based business can prosper, a world of ‘open societies,’ meaning societies that are open to profitable investment, to expansion of export markets and transfer of capital, and to exploitation of material and human resources on the part of US corporations and their local affiliates. ‘Open societies’ in the true meaning of the term, are societies that are open to US economic penetration and political control’” (p.6). The display of ire expressed by the Australian and US governments and the media over the Solomon Islands pact indicates clearly that it has breached their sphere of influence.

Having painted itself into a corner, Australian politicians have resorted to unfettered speculations about the nefarious intentions of one of the partners to the agreement. One of the best examples is the following statement by the outstanding Sinophobe Editor-in-Chief of the SMH, Peter Hartcher on China relations on April 21, 2022. He says, “Australia immediately is on the defensive. The advent of a potential Chinese military base destabilises Australia’s near northern approaches. The nation has now lost the ability to fight wars abroad.” It seems quite a stretch of the imagination that a mere handshake between “a disliked” and “a patronised” can morph into a military base to destabilise Australia and compromise its capability “to fight wars abroad”! The last phrase is colonial discourse at its best.

As for the reaction of our leaders, the famous interpreter of Chinese intentions has this to say: “From romancing China to reviling it, now the two leaders badger each other over every point of China contact like silly schoolboys accusing each other of harbouring girl germs.” (The Age: Australia votes. May 10, 2022).

Chomsky, in describing a parallel situation involving Grenada (p.39), asks why “such tiny and marginal countries evoke such concern, indeed near hysteria, among US planners?”. He explains that “if a tiny and impoverished country with miniscule resources can begin to do something for its own population, others may ask: ‘Why not us?’ The weaker and more insignificant a country, the more limited its means and resources, the greater is the threat of a good example. The rot may spread, threatening regions of real concern to the rulers of much of the world”.

As an example of the astuteness and universality of Chomsky’s observation, one could well take the example of Indonesia, a large country to the northwest of Australia. In terms of island hopping, Indonesia is not that far from Australia considering that its kupang fishermen have been fishing off the coast of Western Australia for generations. Australia has not seen it fit to create a song and dance about Indonesia’s participation in China’s Road and Belt Initiative e.g., the building of a bullet train between Jakarta and Bandung.

One other aspect of the issue, discussions either by politicians, the media or individuals, is the unmistakable presence of a colonial discourse. A culture nurtured over at least one hundred and fifty years escapes from time to time through Freudian slips. Consider the following statement: “On bribes, both China and Taiwan competed for official recognition so ensnared Islander politicians in graft and compromised good governance.” Where such grave accusations are made, writers are morally obliged to provide evidence. Within democracies, unless under parliamentary privilege, there are legal liabilities associated with such charges. It behoves anyone who believes in the rule of law to at least to extend the same courtesy to others abroad, regardless of what rumoured corruption may be ascribed to their country. Such charges are unlikely to endear Australia to the Solomon Islands or even Taiwan.

One of China’s selling points in its Road and Belt Initiative is to share its experience of rapid economic development with its partners. That experience includes rooting out corruption that hampers development. Bribing foreign officials would be counterintuitive to its purpose. A genuine display of concern by Australia would be to ask whether Manesseh Sogvare’s government is, as Chomsky says, “trying to do something for its own population”.

The concept that mutual respect and equality comes before cooperation is amply demonstrated by ASEAN. With the exception of Thailand, these are countries that had experienced colonial domination: Malaysia (Portuguese/British); Singapore, Brunei and Myanmar (British); Vietnam, Cambodia and Laos (French); Indonesia (Dutch); and Philippines (Spanish/United States); and acquired independence after World War II. They are very diverse in terms of size, ethnicity, culture/religion, governments and history. Yet they manage to work successfully as a regional trade and dialogue group underpinned by the policy of non-interference with each other’s internal affairs.

This is not to suggest that Australia should not properly prepare to defend itself against any adversaries or that everything that China does is benign. The point is not to embarrass ourselves by going into hysterics over a neighbour’s choice of friends.