The Irish poet W. B. Yeats could have had the upcoming U.S. midterm elections in mind when he wrote, ‘Things fall apart, the centre cannot hold.’

In days Pre-Trump, I remember reading the rollicking account, published in 2008, by Joe Bageant, ‘Shooting Deer for Jesus – Dispatches from America’s Class War.’ Bageant noted the potent alienation of much of the U.S. white working class, left behind in the accelerating changes taking place in our world. While I appreciated, and chuckled, about his observations I viewed them as a parody. concerning a significant portion, though still a minority of U.S, citizenry. The shock election of Donald Trump less than a decade later. showed just how prescient Bageant had been, and to what extent the views he enunciated had come to have powerful presence in the U.S. The upcoming U.S. midterm elections are likely to confirm the strength of those views, while also showing how deeply divided the (dis) United States has become.

The Trump presidency, particularly its end in the January 6, 2021 storming of Congress, signified the culmination of a series of events and occurrences in the U.S., which had brought the anger of a significant part of the populace to a ‘white hot’ level. That intense resentment arose as a response to marginalisation. Out of that powerlessness, and feeling their hope was vested in Donald Trump, with his promise to take on ‘the elites,’ this indignant cohort believed that hope was being taken away from them by fraudulent means.

They had much to be angry about, though ‘a stolen election’ was not the real issue. What had been stolen from them was the ‘American dream,’ the idea that the U.S. represented the land of opportunity, where everyone’s dreams could be relished and realised.

The steps to that dream have, however, been taken away, replaced by a wall making economic advancement increasingly difficult. Those trapped on the wrong side of the wall have seen their situation grow ever grimmer.

A few figures suffice to show how those not only at the bottom, but indeed the vast majority of U.S. citizenry, are being left behind.

The middle is being hollowed out.

Taxation policy does little, if anything, to ameliorate this inequality. A Washington Post article in 2019 quoted a study showing that the average effective tax rate paid by the richest 400 families in the country was 23%, a full percentage point lower than the 24.2% rate paid by the bottom half of U.S. households.

The Social Progress Index released in September 2020 shows that of 163 countries assessed, the U.S., Brazil, and Hungary were the only three countries in which people had become worse off. The index collects several metrics of well-being, including nutrition, safety, freedom, the environment, health, education, and others to measure the quality of life in a country. In each of those three nations lack of trust has led to extremist rulers.

That lack of trust with government and the system has become endemic in the U.S. An nationwide online survey of 8,620 adults conducted by the Violence Prevention Program at the University of California in July 2022 found:

Another study shows, the level of confidence that the U.S. populace have in their key institutions in sharp decline. That placed in the US presidency has fallen from 52% in 1975 to 37% in 2018, while confidence in the US Congress has tumbled from 42% in 1973 to just 11% in 2018. The collapse of trust in Congress indicates that increasing numbers believe that its decisions are determined less by voters, than by funders. The make-up of the House serves to fuel such views. Politics in the U.S. has become dominated by the rich, and the rich have a propensity to serve the interests of their own.

What makes this wide loss of trust more telling is the sharp contrast with the rising rival superpower, China.

In that land the bottom 50% of the population have seen massive improvements in their standard of living in recent decades. Indeed, the past 40 years of social and economic development that the Chinese people have enjoyed have been the best years in four thousand years of Chinese history.

While there is both a loss of morale and growing anger in the U.S., in China there is unbounded optimism. The low faith held by U.S. citizens in their government and the system can be distinguished from that of the Chinese populace who have a stratospheric trust, polled by a Harvard study, among others, at over 90%, in their government and system.

This only serves to cause more confusion in the U.S. where much of the populace prefer to see things in binaries, wherein ‘we’ are right while ‘they’ are wrong.

Confused and disillusioned, with no acceptable analytical tool at hand, the reaction of a significant segment of the U.S. populace, particularly that segment identified by Bageant, has been to lash out. We can expect much of this in the midterms. Whether it is enough to give the Republicans, now completely sold to Trump, a majority in the Senate or House, we shall wait to see.

If it does those who sought to assail Congress by violent means will have successfully claimed it by a more peaceful method. 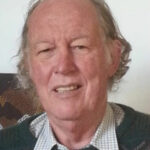