We are facing the most dangerous crisis humanity has seen 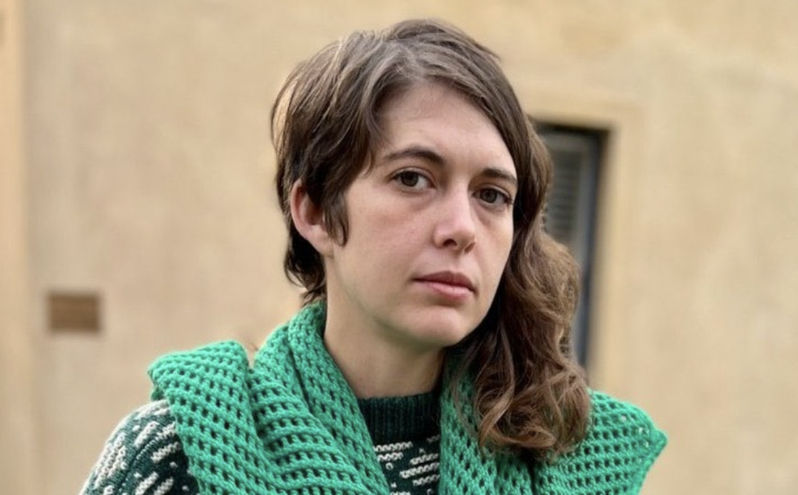 Last Tuesday, I was released on bail pending appeal in March. While my sentence is outrageous – as are the anti-democratic laws that allowed it to happen – I urge you not to lose sight of the reason I was jailed. Our way of life is under threat from the greatest, most dangerous crisis humanity has ever seen. Each of you must act now.

Dear wonderful supporters, It’s Violet here! In case you didn’t hear, I made it out on bail last Tuesday pending my appeal in March. The fight against this oppressive sentence is not yet over, but I am thankful to be able to spend Christmas with my family, and I’m so excited to have the opportunity to speak with you all at some upcoming events that I’d like to tell you about.

Before I do though, I just want to say that I’m so, so grateful for the generosity of the 1,234 people who have donated to the fundraiser Get Violet Out Of Prison, and for all the efforts you have all put into publicising, protesting and mobilising around this appalling repression. As you may have seen, the donations we’ve received have well exceeded what we expect will be required for my appeal, and I’m writing to let you know that the excess funds will be donated in solidarity towards assisting other people in my position. I’m not the only person facing jail time for the so-called crime of standing up for a safe, liveable planet, and solidarity is our best, most essential counter to the repressive power of the courts and the government.

But while my sentence is outrageous – as are the anti-democratic laws that allowed it to happen – I urge you all not to lose sight of the reason I parked that truck on the Harbour Bridge.

Our planet, our home, our mother, is being murdered. Earth’s environment and ecology are facing the greatest, most dangerous crisis humanity has ever seen. Premier Perrottet told the media that protests must not “interfere with our way of life” – but the deadly parade of fires, floods, famines, water shortages and conflict that scientists tell us are coming if we do not act now will render “our way of life” a distant, hazy memory.

The Premier knows this, of course – I’m sure he’s a smart man, well-educated and well-informed. But like anyone who’s served in Australian governments for a long time, he knows exactly who he really serves: the fossil fuel industry, who get $22,000 of public money every single minute, and their collaborators in the media. That’s why he was so pleased to see me sentenced – because he knows that discouraging people from taking the most effective form of action to fight the climate crisis will keep his bosses’ pockets full and the political donations flowing.

It’s our job to show him that we have not been cowed by this crackdown, and that’s what I plan to do. I’d like you to join me.

On Friday night at 6:30, I was joined by activists from across the Australian climate movement in an online forum discussing the state of play in climate activism, hosted by Extinction Rebellion and featuring Blockade Australia’s Emma Dorge, who is also facing harsh penalties for taking direct action this year.

This Saturday, I’ll be joining a protest at Sydney Town Hall at 2pm to call for the overturning of the new repressive laws with a range of groups. Read more here: PROTEST: Repeal the Anti-Protest Laws! Drop the Charges Against Climate Activists!

Finally, next Thursday night at 7pm I will be joined by my friend Ben Pennings of Stop Adani/Galilee Blockade, and Sophie McNeill of Human Rights Watch, to further discuss the political repression of peaceful protest in a Solidarity Forum hosted by Stop Fossil Fuel Subsidies (Stop FFS) – learn more and register here!

Thank you once again for supporting climate activism in this precarious moment. I look forward to seeing you at these events.

With love and rage,

Let us take a moment, this moment, to consider why we are here.

Let us recall our love for the whole of humanity, in all corners of the world.

Let us remember our love for this beautiful planet that feeds, nourishes and sustains all life.

Let us recollect our sincere desire to protect all this, for now and for generations to come.

As we act today, may we find the courage

to bring this sense of peace and appreciation

to everyone we encounter,

to every word we speak

and to every action we take.

In this emergency. Together. Rooted in love. We are all Crew.

We are all we need.

For more on this topic, we recommend:

Last week, a NSW court jailed me for 15 months for a peaceful climate protest. Hear my story

‘Strike Force Guard’: suppression of climate protest threatens us all