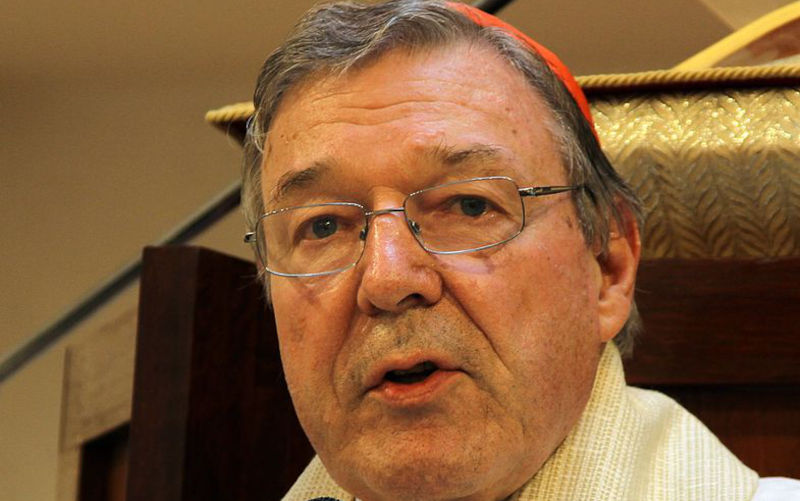 George Pell was, by temperament and personality, about the worst possible choice to be made a bishop, then an archbishop, and ultimately a cardinal — one of the inner circle of the church entrusted with central church administration and the selection of new Popes.

He was the wrong man for the times – if ever there was a time for a person of his abrasive, absolutist and authoritarian style. By contrast, intimates describe his charm, his wit and his loyalty, and some seem to think him a saint for our times, unflinching in the face of evil and personal injustice.

But within the wider church his consuming problem was an obvious lack of empathy for ordinary Catholics, not least those who had suffered from institutional physical, mental, emotional and sexual abuses by the privileged castes of the church. The modern church bears serious scars from his “leadership”; it is now diminished in almost every way. That cannot be shrouded by the funeral processions of the great and good, the rich and powerful and others who have proclaimed him as a modern martyr.

Pell was to be a pioneer in establishing an institutional response to the church’s awareness of the enormity of abuse by its ministers, teachers and carers. But his so-called Melbourne Initiative, set up quickly to forestall a national approach being prepared by his colleague bishops, came to be seen as massively over-balanced in favour of church interests at the expense of victims. It paid miserly compensation, even then demanding secrecy and a legal bar to further litigation. Pell was not usually directly involved in the assessment of claims, but when he was, or later was supervising the response of other archdioceses, he took a combative, sceptical and often very hostile approach to alleged victims, even when the church had (unknown to these victims) evidence of its own showing that the alleged perpetrators were guilty.

A shifty and evasive abdication of responsibility to victims

The shifty and evasive approach to victims was compounded by Pell’s habit of blaming any shortcomings and legal strategies on underlings, and his tendency to underplay the lasting psychological and emotional damage. Even worse was Pell’s seeming incapacity to say the right soothing words, to express compassion, apology or regret, or to staunch the bleeding wounds. In the sexual abuse arena, which defines his stewardship, there was hardly ever a situation that Pell could not, and did not, make worse for victims.

He never did mean to sound callous, uncaring or dismissive in such matters. He was not, ordinarily, one incapable of fellow feeling, friendship or social skills. But the man who signed the cheques had a consistent appearance of seeming inaccessible, indifferent or unfeeling to strangers at a personal level. He could strike rapport and enjoy warm relationships with people disposed to his point of view, or his place in the system and sometimes even to strangers in clear and objective distress. But not in abuse cases.

Likewise, as a bishop he could be firm, brave and unflinching, and classical in his defence of orthodoxy when it was under challenge. He opposed most social change, at least within his own country. But society changed regardless. He was hot to trot on persecution of the church in communist countries, but deaf to most calls for human rights in Europe or Australia. He was vehemently opposed to new sexual freedoms, gay rights and anti-discrimination laws. In this reactionary sense he was a leader in his dioceses, because a substantial number of Catholics agreed with his unbending approach, and deplored liberalising trends within the church. Even, or perhaps especially, when they came from popes. He also encouraged groups of ultra-conservative spies who dobbed in priests seen as being too liberal.

His episcopacy was marred by resort to authority when reason and patience might have served better. And by seeing himself not as the local man telling Rome what was happening but the messenger from Rome telling people what they must do. He played Ambassador from Rome rather than ambassador to Rome. Even as he could proclaim church doctrine and be unyielding on its practical application, he was no preacher, evangelist, persuader or charismatic teacher. Indeed his approach and his example drove people away. He was God the father – the stern and unyielding lawmaker, rather than Jesus, the understanding, caring and forgiving son. A more pastoral, caring and understanding shepherd of souls might have devoted more time, as Jesus did, to hanging out with the poor and the naughty rather than with the smug, the comfortable and the flattering and political conservatives. [Of which, if readers want an example, read any amount of gush in recent issues in The Australian. Some of this hagiography is at odds with more measured comments by Pell’s former colleagues.]

For George, the church was an exclusive club, and he was a doorkeeper appointed by God

Second was his view of the Catholic Church, or what some called the mystical body of Christians. For Pell, it was an exclusive and divine club, hard to get into, hard to stay in without constant and meticulous attention to detail. It was subject to the unforgiving discipline of a male clerical caste. Bishops claim that those selecting them are inspired by God in line with Catholic doctrine of apostolic succession. But the modern-day selection of bishops has no relationship with tradition. Many of the laity, particularly within the Irish Australian community were brought up to see this bosom of the church as a cold and austere penitentiary. The clerical careerists dishing out the discipline in their vision of the church founded by Christ came to see themselves as messengers from Rome there to make sure that the local branches obeyed, in every respect, the edicts from on high. Some Australian archbishops even insisted that this view of their role was imposed by oaths required of every new bishop at the time of appointment.

A contrary view saw the church as a human institution, of people bound by a fairly common culture, body of belief and aspiration to do good, more united by Christian injunctions of charity than by a rulebook, a membership badge, articles of association or an annual sub. Most of the members were sinners, the people Jesus seemed to prefer. They had high aspirations, but were imperfect, human. Not all agreed on or cared about every fine detail of the rules, rituals or Christian duties anyway. In the modern day, a high proportion do not go to services, in part because of what modern bishops have done to the reputation of the church. Many have lost their emotional tie to the faith of their fathers. And mothers.

A church of sinners aspiring to be better

Devout or not, most people who see their culture as Catholic thought they knew what mattered. What mattered was not what priests and bishops obsessed about – personal sexual morality. There was, and is, in any event no evidence that personal sexual behaviour is in any significant respect better or worse than at any time since the birth of Moses. What mattered, to most Catholics, was practical and public Christianity and Christian citizenship. The bishops – the local leaders, and originally selected locally by the laity rather than appointed from Rome, were teachers and exemplars. Catholics may have believed in a universal church, but expected it to be adapted to local conditions. In modern times, they have wanted women, and the laity generally, to have power and the right to participate in decision making.

The ageing Pope Francis has been pushing for a more inclusive synodal approach, including active lay participation with leadership roles for women. It’s but a first step away from the clerical hierarchical model. Needless to say, Pell was quite opposed to it, even as he had the Pope’s favour (and gratitude) for his undoubted and valuable role in helping him tame the unaccountable Vatican bureaucracy. On Friday, it was revealed that Pell was the anonymous pamphleteer who denounced Francis as a catastrophe and a disaster.

In the modern day, many Christians think they have a duty to bear public witness to their faith and beliefs. It might involve advocating for social justice and for the poorest and least advantaged. It might include joining in action on rampant consumption, climate change, the rights of and respect for gays, and for refugees. These were all causes to which Pell was half-hearted (refugees), opposed, or contemptuous. Even when conservative popes called for action on such matters. Pell was always very selective about which matters of Catholic culture were important to him, and which were optional. Even loyalty to popes was, sometimes, secondary to intriguing about the succession, the encouragement of sedition among ultra-conservative bishops, and occasional discreet signals that he was, essentially, a pre-Vatican council man.

Those who chose Pell, lionised and further promoted him knew his character and personality. Ambitious priests copied him, often profitably

Those who selected Pell for high office and continued to prefer him despite mounting evidence of his unsuitability, knew very well all his faults and imperfections. He was chosen, like more than 90 per cent of Australian bishops, first for absolute loyalty to Rome. Many Australian bishops are obvious careerists, managing upwards rather than downwards. Most were humiliated during the royal commission into institutional child abuse, not least by the misjudgements and missteps of Pell. Now that the dust has settled, most are reverting to autocratic ways.

Many of the secular obituaries have made repeated reference to Pell as Australia’s premier, or most senior Catholic. He may have held the highest rank, though strictly, a cardinal has no more authority than a bishop. But Pell could never get the support of his colleague bishops as the effective chairman of the Australian board of bishops, and spokesman for them. He was repeatedly defeated in ballots. They knew his ways, and his lack of respect for consultation only too well.

The remembrance of one such chairman, Mark Coleridge, whilom archbishop of Canberra, now of Brisbane, needs some reading between the lines:

“There was nothing bland or half-hearted about George Pell,” Coleridge wrote. “He was strong, even vehement in his faith, his convictions, his likes and dislikes. He could be a fierce opponent, unafraid to enter the battle. At times this could make him seem an ideological warrior, which did not serve him well. It certainly wasn’t George Pell at his best.”

Francis Sullivan, chosen by the church to pick up much of its stinking mess at the commission into sexual abuse, was more direct. Pell’s death symbolises the demise of a church out of touch and out of time.

Francis Sullivan: George Pell’s death symbolises the demise of a church out of touch and out of time