The Outlook for Living Standards: Part 3 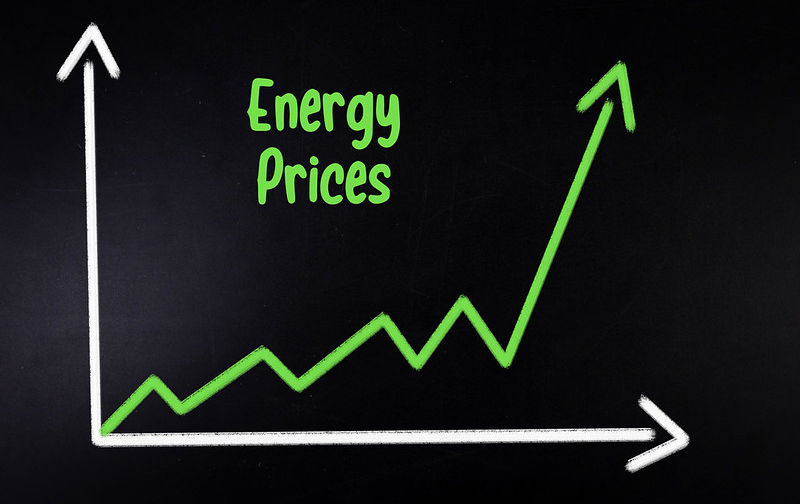 Householders are already being hit by up to a 20 per cent rise in their bills next month due to the high cost of coal and gas and given the recent turmoil there may be more to come. Image: Flickr / Marco Verch Professional

Previously Part 1 of this article assessed the impact on living standards from surging prices relative to wage growth, and rising interest rates. Yesterday, Part 2 considered what the new Labor Government can do to lift the rate of wage growth relative to prices. Today, Part 3 discusses how best to respond to the two principal drivers of the increased cost of living – fuel and energy costs and housing costs.

Part 1 of this article identified the main causes of the rise in the cost of living were fuel and energy prices and the impact of increasing interest rates on the cost of housing. The possible policy responses to these changes is discussed below.

Following the Russian invasion of Ukraine an international boycott of Russian petroleum exports was organised, and petrol prices promptly soared.

Petrol prices are always a sensitive item with consumers and the Morrison Government quickly responded by cutting the petrol excise. This, however, was an inefficient and poorly targeted response. It has had only a limited effect and is unlikely to be renewed when it finishes in September.

The other, more recent, but again controversial price upsurge is the increase in electricity prices, caused by increases in the international price of LNG and coal, and because roughly a quarter of East Coast coal-fired power stations have been taken out of action.

The energy market operator (AEMO) responded by imposing price caps on the generators to prevent price gouging, but that made it harder to ensure sufficient generating capacity is maintained online.

Given the wild price swings and uncertainties regarding supply availability in the electricity market, AEMO has most recently decided to suspend market operations temporarily. The suspension will be lifted when AEMO is confident that the market will operate properly.

In the meantime, the generators will inform AEMO regarding their availability and AEMO will tell them when to run to ensure supply. Market prices will be fixed, and if this results in generators making a loss they will be able to apply for compensation, which will later be recovered from consumers.

Householders are already being hit by up to a 20 per cent rise in their bills next month due to the high cost of coal and gas and given the recent turmoil there may be more to come. On the other hand, notwithstanding the pressures on the system, load shedding and temporary blackouts have (so far) been avoided.

Beyond this immediate crisis, the solution agreed by the new Energy Minister, Chris Bowen, and his state counterparts is to buy some insurance for the energy market. Generators will be paid to provide sufficient spare capacity that will avoid future shortfalls in available generating capacity.

There have also been discussions about the best way to increase the domestic availability of LNG which is critical to firming electricity supply when there are outages in coal-fired power or when renewable energy is unavailable. Possibilities include imposing a form of gas reservation policy, trigger the gas security mechanism, introduce direct price controls, or impose a windfall profits tax, the proceeds of which could be used to subsidise needy customers. Sensibly the Government is taking the necessary time to think these alternatives through and to negotiate with the other interested parties.

In sum, the crisis in energy markets is unlikely to be enduring. In the longer run, Labor’s aim is for 80 per cent of Australia’s electricity to be renewable by 2030. This switch to renewable power offers the opportunity of lower energy prices in the not too far distant future – just as Canberra is already experiencing with 100 per cent renewable power.

Consequently, home ownership rates have fallen dramatically, especially among the young and the poor, with the poorest 40 per cent of those aged from 25-44 accounting for more than half of the total decline in Australian home ownership across all ages and incomes.

In the last couple of years house prices have shot up exceptionally fast, with the weighted average of the 8 capital cities increasing by 28 per cent over the two years from December 2019 to December 2021.

The counterpart of this prediction is that housing prices will most likely fall as some borrowers are unable to meet their loan requirements, with expert opinion predicting a fall of around 15 per cent over the next 18 months. This sort of price fall will further damage recent purchasers, but the housing wealth of many homeowners will still be higher than a couple of years ago.

During the election campaign both major Parties announced policies to assist more first-time homeowners to realise their dream by accessing additional sources of equity finance rather than having to borrow more: from the government in the case of Labor and from the purchaser’s superannuation fund in the case of the Coalition. This is a typical response to falling rates of home ownership, but by adding to demand it risks also adding to price pressures, unless eligibility is tightly limited.

The reality is that increasing demand when there is a shortage of housing does not help. It just leads to higher prices. Thus, the main reason why dwelling prices have increased so much relative to incomes over the last few decades has been the constraints on the supply.

To really restrain house prices, we need to increase the supply of housing in areas where people most want to live. This will require changes in the various zoning rules and other restrictions that limit population density. But that has proved too difficult so far, not least because there are more existing homeowners than would-be owners, and the former oppose any increase in density in their suburb and lap-up the increase in their personal wealth as their property value rises.

Governments will find, however, that if they cannot increase the supply of housing in the private market, then they will be under increasing pressure to build more social housing to accommodate otherwise homeless people. Labor, to its credit, did promise an increase in social housing in the recent election, but really it was way less than the demand.

Unfortunately, there are no quick nor easy solutions to the declines in living standards that many Australians are facing.

Real wage growth should recover to some extent as inflation is brought back under control, and if the Government takes action to improve workers’ bargaining power, but that will take some time. Similarly, the Government is on the right track in its handling of the fuel and energy crisis.

However, it is the increase in mortgage payments that will most discomfort the households affected, wh0 are mostly young first-home buyers. Government policy cannot interfere in the setting of interest rates, which means that in the short term there is not a lot that the government can do to ease their pain.

Furthermore, any form of subsidies to assist families adapt should be highly targeted. The impact of higher house prices combined with increasing interest rates, negatively impacts some families much more than others, and the government has severe budgetary constraints as well.

The highest priority should be an increase in rent assistance, followed by more social housing, as these cater to the groups of people who are typically most in need of assistance. However, if the Budget cannot afford an increase in the JobSeeker payment of $46 a day for unemployed people, it is questionable whether much can be done to help improve living standards more generally.

Read part 1 and part 2 of this series.