The Tiananmen Square massacre: the one sided story 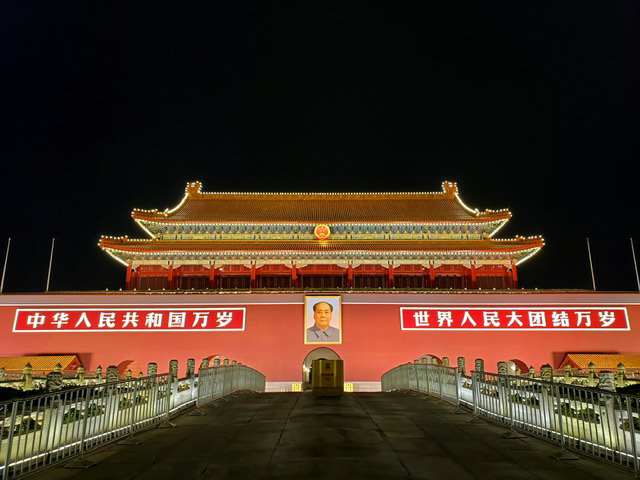 If you thought we knew everything about the Tiananmen Square Massacre of June 3-4, 1989, think again.  Mysteries remain. Some are so significant we need to review our ideas about what was going on in China at that time.

Until very recently if you typed the words Tiananmen Massacre into Google you would find gruesome photos of badly-burned government PLA soldiers; dead, mutilated and contorted. There was no explanation of the photos. But their explicitness alone painted a horrible picture of systematic cruelty to government soldiers quite absent from the now partially retracted distorted Australian and UK embassy accounts of Beijing anti- protestor cruelty that reduced Bob Hawke to tears.

The photos together with other Tiananmen material have very recently been censored out, as part of the campaign to further demonise Beijing. But I have preserved some and they can be accessed here.

Some of the dead soldiers have been strung up by the neck alongside burned-out buses in vacant lots to be gazed upon by curious crowds. Some are lying in death-throe positions on mid-city overpass staircases. One charred corpse is strung up from an underpass over a busy intersection crowded with shoppers. This photo was taken by a Canadian blogger and has the time, location and date: June 4, 1989, 4:45am – Infantryman Cui Guozheng is stabbed, lynched, and burned at Chongwenmen intersection. from Patrick Chovanec.

These photos clearly cannot be faked. Yet they seem to have been completely ignored by our biased Western media. I know Reuters have a photo of the underpass corpse but refuse to show it.

Much of this brutality was the result of Beijing’s first and little known attempt on June 2 to send in unarmed soldiers to clear the Square. The unarmed soldiers  were set upon immediately by crowds around the Square waiting for the chance to attack the soldiers. Beijing’s armed battalions were sent in later.

For an unbiased account of Tiananmen events we need to turn to the US Embassy daily reports of what was happening at the time (also available on the Internet).

For example,  the US Embassy report for June 4 notes:

“the beating to death of a PLA soldier, who was in the first APC to enter Tiananmen Square, in full view of the other waiting PLA soldiers, appeared to have sparked the shooting that followed.”

So it was the protestors, not the government soldiers, that started the bloody confrontation in Tiananmen Square it seems.

“.. the initial moves against the students suggested to many that the Chinese leadership was still, as of the morning of June 3, committed to a relatively peaceful resolution to the crisis.”

From there we go to:

“fascinating eyewitness accounts of the disorganized and confused retreat of PLA soldiers from the center of Beijing after their advance on Tiananmen Square was halted by crowds of demonstrators on the morning of June 3.’ ..the soldiers were ridiculed by Chinese citizens and scolded by elderly women who called them “bad boys” and “a disgrace to the PLA.”

On the day after, on June 4, however: “thousands of civilians stood their ground or swarmed around military vehicles. APCs were set on fire, and demonstrators besieged troops with rocks, bottles, and Molotov cocktails.”

According to the Wall Street Journal of June 4:

“As columns of tanks and tens of thousands soldiers approached Tiananmen many troops were set on by angry mobs … [D]ozens of soldiers were pulled from trucks, severely beaten and left for dead. At an intersection west of the square, the body of a young soldier, who had been beaten to death, was stripped naked and hung from the side of a bus. Another soldier’s corpse was strung at an intersection east of the square.”

Even our ABC, later to one-side-dly dramatize cruelties by government forces at Tiananmen, describes how in front of the Australian embassy a PLA solder was beaten to death, disembowelled and left with his penis stuck in his mouth.

But those who condemn government violence  at Tiananmen need to explain the seeming hatred of the government among protestors that triggered Tiananmen events .

Despite efforts by the Deng Xiaoping to improve policies there was a strong hangover from the  abusive polices of the 1966-76 Cultural Revolution and even before.  They continued through to the cruel and now only recently retracted attempt to force the one child policy onto families.

Yet that does not excuse the distorted Western media reporting what followed, both of Tiananmen and later Chinese events. Here the only explanations can be a breakdown of media morality or active cooperation with our own darker forces, some of whom are blamed for providing the fire bombing Molotov cocktails which did the dreadful damage to Chinese soldiers shown in those little known Internet photos.

On June 12 the New York Times came out with a front-page headline: TURMOIL IN CHINA; Student Tells the Tiananmen Story: And Then, ‘Machine Guns Erupted.’

It followed with a story so naive, so distorted, that it would not even pass a junior journalism class. It claimed, for example:  The first thing that the charging (government) soldiers did was to erect a row of 10 or more machine guns right in front of the Heroes Monument.

Somehow the large numbers of foreign correspondents and TV cameras surrounding that Heroes Monument during the night of June 4 were supposed to have failed completely to notice this rather dramatic event.

The rest of the story is even worse.  As for its source, the paper which is supposed to be a model of journalistic integrity, could only say:

‘A Hong Kong newspaper, Wen Wei Po, published what it described as a firsthand account of the assault, given by a 20-year-old student at Qinghua University, whose identity the paper withheld. A translation was published by The San Francisco Examiner yesterday and is reprinted here with The Examiner’s permission.’

Wen Wei Po was a rubbishy Hong Kong newspaper known at the time for extreme anti-Beijing positions. The student  source remans totally unknown, to this day.  And for good reason. The Qinghua student almost certainly does not exist.

Yet this obviously phoney account of events went around a waiting world relying on NYT prestige to define what was supposed to have happened at Tiananmen.

The New York Times’ own correspondent at Tiananmen, Nicholas Kristof, felt obliged to refute the story, item by item, in his paper the very next day. But it was not properly published and to this day the NYT stands by its June 12 version.

Only much later did we get the excellent essay by the Washington Times correspondent, Jay Matthews, present at Tiananmen events and published in the Columbia Journalism Review of 2010 under the heading: The Myth of Tiananmen, and the Price of a Passive Press.

The New York Times continues its anti-China vendetta. It repeatedly plays up the popular Tankman photo, despite the fact that the man who took the iconic photo of an anonymous shopper halting a row tanks, AP photographer, Jeff Widener, insists the Tiananmen tanks were leaving, not headed for, Tiananmen Square and it was on the day after Tiananmen events anyway, June 5.

Perhaps the strangest of  the NYT mistakes was a February 2020 edition which front-paged the much-used Chinese (and Japanese) characters for 規則 (Gui-ze) meaning ‘rules’ or ‘regulations’ as in ‘rules of the road’. These, it said, represented China’s goal for world domination.

The newspaper which rushes to correct even the slightest mistake in its articles refuses pointblank to accept any correction to its blatantly incorrect anti-China material.

US liberals seem to feel a need to prove their lack of bias by inventing exaggerated  attacks on alleged Chinese enemies.  Some day US conservatives, realising they have much in common with the Chinese conservatives who control China, may set out to use those exaggerated attacks to discredit liberals.

The wheel will have turned full circle.