Ukraine on the boil. 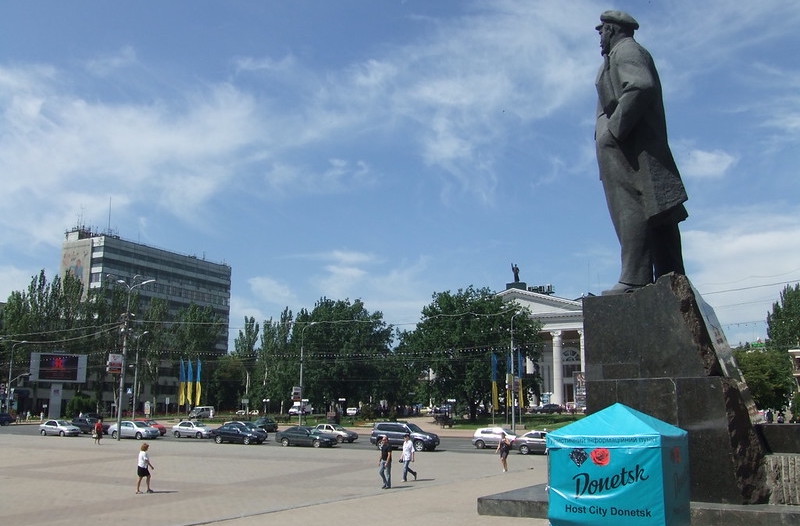 Russia has repeatedly called on Kiev to respect the autonomy promised at Minsk for the so-called republics of Donetsk and Lugansk. (Image: Flickr / Peter Collins)

So the inevitable has happened.

Did the Kiev authorities in Ukraine really believe they could continue forever to ignore the Minsk autonomy agreements they had signed in 2015 while maintaining a constant bombardment on civilians in the two pro-Russian holdouts of Donetsk and Lugansk?

It was inevitable Moscow would eventually say enough is enough and do as they did over Ossetia in Georgia in 2008 when autonomy there was violated by government forces – send in the troops and recognise Ossetia as an independent entity.

What now remains to be seen is whether Moscow decides to do as it did over Ossetia – send the troops in further to teach a lesson and bestow independence on other pro-Russian areas suffering victimisation.

For eight years now the two pro-Russian holdouts in Ukraine have been subject to continuous sniping and bombardment inviting retaliation. In recent weeks the attacks have escalated, to the point where some 70,000, mainly women and children, have been forced to seek refuge in Russia.

The holdouts are a mere fraction of the large pro-Russian area of the Donbas region in eastern Ukraine. But they alone managed to survive the attacks launched after the 2014 overthrow of the legitimate Ukrainian government by Western supported fascistic militias from western Ukraine infiltrated into weak government Kiev forces.

Russia has repeatedly called on Kiev to respect the autonomy promised at Minsk for the so-called republics of Donetsk and Lugansk. Kiev’s answer was to drop more bombs.

The bias in Western media reporting does not help.  We have seen the usual rush for conducted tours to report the pro-Kiev side of the dispute.  So far I have seen no more than two Middle Easterners on seeming contract with the Russian RT agency reporting the other side.  We are left to guess at the dreadful destruction caused by the  Ukrainian bombardment over the past eight years.

Meanwhile Moscow has seen ignored its demand for firm guarantees to stop the relentless NATO expansion eastward towards its frontiers. Does the world realise what a grotesque military machine NATO has  become?

We now have a situation where any one of its members close to or bordering Russia – Estonia, Lithuania, or Poland for example – can provoke some armed dispute with Moscow and all NATO member nations are treaty obliged militarily to come to its aid.

It is a recipe for world war.

There has to be an end to the constant badgering of the Russian bear.  Hopefully a return to Minsk 2015 will be the beginning. It could have happened earlier.  But it seems there are forces in the West who prefer to keep the pot boiling.

Related link: Thomas Friedman – US not blameless in Putin’s war