NHFIC finalises $562m social bond [ProBono Australia, 26 June] The $562m latest social bond issue by the National Housing Finance and Investment Corporation (NHFIC) is the third and so far largest such bond issue by an Australian issuer. It is expected to save community housing providers (CHPs) more than $80m in interest costs over the 12-year term of the bond. Funds raised from this issue will finance over 2,700 properties, including 775 new dwellings. Since its inception 2 years ago, NHFIC funding has helped CHPs deliver more than 7,100 homes. NHFIC bonds provide long-term, low cost, stable and predictable funding for community housing in Australia.

Covid-19 mortgage stress creating uncertain housing futures [AHURI brief, updated 30 June] Lower income homebuyers (those earning in the bottom 40% of Australia’s income distribution) have long suffered from mortgage stress, meaning that their mortgage payments have equated to 30% or more of their household income. The impact of the current pandemic and resulting economic downturn have made matters worse for this cohort in particular, but also for other more vulnerable mortgagors (including older homeowners still paying off their mortgage and older women), and have led to higher levels of psychological distress and worse mental health for those affected. One of the implications of such mortgage stress is that vulnerable homeowners elect or are forced to sell their heavily mortgaged homes, often at a disadvantageous time, and then find it difficult to re-enter the homeowning market. AHURI suggests, extrapolating from previous research, that a significant number of those currently deferring their mortgage payments (eg. with consent from their lender) will sell their home and move into rental housing either for the long-term or permanently, with adverse mental wellbeing consequences even after they sell and cease to have a mortgage.

Landcom releases land for innovative affordable housing models [The Fifth Estate, 6 July] Landcom’s latest land release, a 2,500 square metre former industrial site in Sydney’s north, at Macquarie Park, will be turned into around 100 affordable housing units for health, retail, childcare and other key workers, all to be delivered via the community housing provider sector, but in partnership with the private sector. Landcom has indicated that it wishes to explore innovative models such as co-living, co-operative and shared equity housing – akin in some respects to Melbourne’s well-known Nightingale housing model.

City of Sydney’s Homelessness Action Plan 2020 [City of Sydney, 9 July] The City of Sydney has released its updated Homelessness Action Plan 2020. It includes a range of key statistics on homelessness in Australia’s largest city, including: 334 people sleeping rough (based on the most recent Street Count, in February 2020); 505 people in crisis hostels (at 91% capacity); less than 1% of housing in Sydney being affordable to people on low and very low incomes; 45,000 households on the social housing waiting list (with waiting times between 5 and 10 years for social housing in inner Sydney); and more women than men experiencing homelessness. The top 3 reasons for people accessing homelessness services in NSW are: financial difficulties (41%), the housing crisis (39%) and family and domestic violence (34%).

Pandemic exacerbates worsening public housing shortfall [ABC’s The World Today, 8 July] This interview by The World Today’s Bridget Fitzgerald with Dr Alice Clark (National Shelter), Jenny Smith (Chair of Homelessness Australia) and Rob Pradolin (Founder of Housing All Australians) highlights the significant shortfall of affordable housing in Australia, which will only worsen as a result of job losses during the current pandemic.

Apple will spend US$400m on affordable housing this year [Yahoo! Finance, 14 July] Apple is expected to spend more than US$400m this year on various affordable housing projects and first-time homebuyer assistance programs in California – part of Apple’s multi-year US$2.5b pledge to combat California’s housing crisis. Other major tech companies, including Microsoft and Google, are making similar efforts in areas surrounding their work hubs. While the contribution of these tech giants to affordable housing is of course welcomed, it is probably fair to note that housing demand from their highly paid workers has contributed to the squeeze faced by lower paid workers in the relevant areas. Also, the efforts of these tech companies are partly self-serving, as more affordable housing in their local areas will support a healthier labour pool for them.

“Vertical cruise ships”? How to remake housing towers safer and better [The Conversation, 15 July] Australia’s acting Chief Medical Officer, Paul Kelly, recently referred to Melbourne’s public housing towers as “vertical cruise ships”, noting the danger of contagion in these overcrowded buildings. The authors of this article caution that such terms “play into a long international history of vilifying public housing estates”. They argue that high density is not the problem, rather it is the way such buildings are designed, maintained and funded. They make a case for retrofitting or renewal, and then proceed to discuss successful, safe and sustainable models for retrofitting social housing blocks, using 3 shining examples from Europe (one in France, one the Netherlands and one the UK). The article also showcases the widespread and highly successful social housing system in Vienna, Austria. The authors acknowledge however that architecture is just one part of the response and that in Australia any retrofit or redevelopment of old public housing blocks should aim to retain or increase the amount of social housing, given the huge shortfall.

Strategic planning, “city deals” and affordable housing [AHURI final report, 15 July] This AHURI research project addresses the growing mismatch between the locations of employment and the geography of affordable housing, a trend which operates as a substantial drag on urban productivity – particularly for lower-income workers. The study analyses how place-based government strategic and funding interventions such as “city deals” can leverage affordable housing near or within easy commuting distance from employment centres, and how such interventions intersect with wider strategic planning frameworks. The analysis includes reference to specific examples of place-based deals in Australia and internationally (in the UK, Europe and North America), noting some deficiencies in their design and implementation. Satellite cities such as Wollongong and Geelong, near the capital city employment centres of Sydney and Melbourne, respectively, can play an important role in providing affordable housing for Q2 workers (ie. those in the second-lowest income quintile). It is important also to promote and grow local employment opportunities within those satellite cities themselves, so they don’t simply serve as dormitory zones.

CEO’s lockdown hope for rough sleepers [In Daily, 20 July] David Pearson, recently named as the inaugural CEO of advocacy group Australian Alliance to End Homelessness, believes the current pandemic has demonstrated that there has never been a more important time to tackle the problem of homelessness and that we’ve never made more progress than we have right now. The fact that we have during Covid-19 been able so quickly to muster satisfactory temporary shelter for such a large proportion of Australia’s roughly 8,000 rough sleepers demonstrates our ability to solve this long-standing and apparently chronic problem. Based on Pearson’s experience in running the Adelaide Zero Project (tackling rough sleeping and homelessness in inner city Adelaide), he believes that an essential part of dealing with the problem is to go out and identify the name and needs of every person sleeping rough, and to understand what their individual and varying needs are, to make sure they are met. This means coordinated provision of both housing and support, not one or the other. Pearson is also clear that Australia needs to invest more in social housing – investment that will ultimately be cheaper for us than leaving things as they are.

ANZ Corelogic Housing Affordability Report 2020 [Corelogic, 20 July] This latest report from ANZ and Corelogic, covering the June quarter 2020, shows a mixed picture in terms of rental market fallout from the current Covid-19 pandemic. Some parts of Australia, notably the inner-city areas of Sydney and Melbourne, have shown an oversupply of rental properties, while other capital cities and many regional areas have experienced a decline in rental vacancies. The principal factors driving oversupply include the dramatic decline in both foreign student numbers, and in net overseas migration – both factors affecting particularly the normally popular destinations of Sydney and Melbourne. For those looking to rent or negotiate new rentals in the oversupplied markets, the marked shift in supply and demand amounts to relatively good news, with falling rents, greater choice and improved negotiating leverage, at least for the time being. 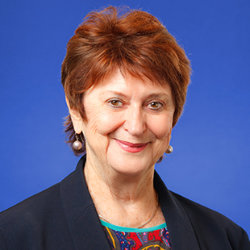 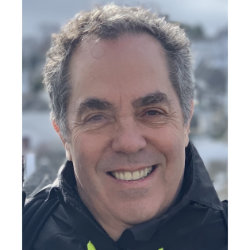